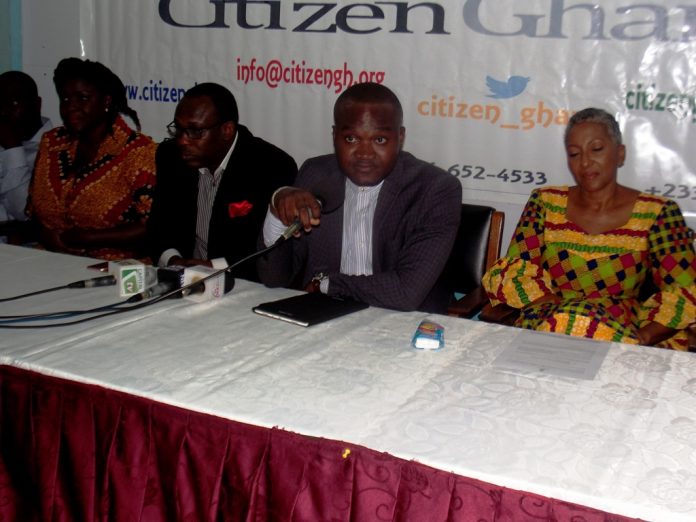 Nana Kwesi Awuah, member of the Legal Team of Citizen Ghana Movement, a pressure group, reiterated that the absence of a Right to Information (RTI) law does not defeat the enjoyment of the constitutional right to information.

Nana Awuah said this at a news briefing on a recent directive by the Human Rights Court in Accra presided over by Justice Anthony K. Yeboah in a case brought against the Minister of Transport and the Attorney General over the Smarttys Bus Branding Contract.

The court, directed that the Attorney-General, Mrs Marietta Brew Appiah-Oppong, must answer the questions filed by the applicants within 14 days of service of the entry of judgment.

The court said, private citizens do not need the backing of the Right to Information Act to enjoy the right to information of public interest.

Commenting on the Court’s directive, Nana Awuah, noted that, what the ruling had sought to do was to send a clear message to all leaders and public office holders that citizens had an indisputable right to public information once a request was made.

He praised the court for its readiness to uphold the constitutional right to information should a citizen be refused information by institutions.

He observed that according to the court, it is only when an information border on national defense, foreign relations, trade secrets, personal privacy, public order that they could not be divulged to the public.

Nana Awuah expressed appreciation to Ghanaians for their misgivings concerning the order to pay GH₡1,000.00 into court coffers for the provision of the copies of the information.

He said the expedition of the passage of the bill would regulate and streamline the fees payable in situations.

He thanked all who have support the action right from its commencement and urged Ghanaians no to be afraid to fight their issues in court.

Nana Awuah urged civil society organisations and journalists to take advantage of the landmark decision in the quest for good governance and accountability in the fight against corruption.

The Citizen Ghana Movement court action was instituted in exercise of the constitutional right to information as guaranteed by Article 21(1)(f) of the 1992 Constitution.

The case was inspired by the principles of probity and accountability and in pursuit of the constitutional civic responsibility to preserve and protect public property and to combat waste and misuse of public funds – Article 41(f) of the Constitution.

The RTI Bill was drafted in 2002 and had gone through a decade of campaigning from civil society organisations headed by the Right to Information Coalition.

The Legal and Constitutional Committee of Parliament had identified more than 1,000 amendments in the 50-page document.

The Constitution of Ghana, 1992 was one of the few Constitutions of the world that guarantees a fundamental Right to Information.

This right has been recognised in many International instruments and is seen not just a facet of the right to freedom of speech and expression but also as a right that is necessary for the exercise of civil and political rights, and socio-economic and cultural rights.