Social media has cost many people their jobs, their livelihood, their marriage and has even landed people in prison.

In this case, a picture posted on social media caused Detroit?s police chief to be suspended from his prestigious job.

Angelica Robinson worked as an internal affairs officer, for the Detroit police force, when she began having an affair with her superior.

Detroit?s police chief Ralph Godbee?s affair with Angelica Robinson became public after she posted a photo on Twitter of herself with a 9 millimeter gun in her mouth, after learning that Godbee was at a police conference with another woman.

Her attorney, David Robinson has confirmed the relationship, between his client Angelica Robinson, who is married and has kids, and Chief Godbee, who is married but filed for divorce, according to the media.

It seems that officer Godbee wanted to end the extramarital affair with Robinson, and when she learned that he was out with another woman she became angry.

But her lawyer claims the opposite is true. ?There was a sexual relationship between my client and Godbee, my client was trying to end the relationship, and Godbee didn?t want to let it go.?

With regards to the images his client posted on Twitter, Robinson added; ?Obviously, it raised the implication of suicide.

Officer Robinson?s weapon was confiscated by the Detroit Police department and she is undergoing mental evaluation.

This is not the first time that a Detroit police chief has been embroiled in a sex scandal. In 2010 Godbee?s predecessor, Warren Evans, was fired partly because he was caught in a relationship with another officer.

?Chief Ralph Godbee, has been placed on a 30-day suspension pending a full and thorough investigation of this matter,? the mayor said in a statement. 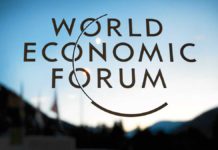