Shockingly, today in 2012, there are 371 million living with diabetes?an increase of around 6 to 7 million since last year. There are another 300 million people in the queue with pre-diabetes. So we are talking about a global health problem that affects about 700 million people on this planet. This number is very soon likely to increase to 550 million people with diabetes and another 400 million with pre diabetes. 20% of the current global burden of the disease is in SE Asia, 36% in Western Pacific, 5% in Africa, and 79% in low and middle income countries. The top ten countries with the highest burden of diabetes are also the most populous countries and 8 of them are in the developing world, making Asia the hub of this huge epidemic.
According to Dr Anil Kapur, President of World Diabetes Foundation who said to Citizen News Service – CNS:?This indeed is a global public health disaster in slow motion. The problem with diabetes is that it often does not produce any quick dramatic symptoms or end results and so people tend to disregard this problem and remain complacent about it. When you put a frog in boiling water it jumps out of it, but in diabetes it is like putting a frog in cold water and the water is heated slowly so it stays comfortable there in the beginning as it  does not see any immediate danger and then it is suddenly too late for it to come out of its comfort zone and it dies.?

?The challenges we face with Non–Communicable Diseases (NCDs), like diabetes, are, that despite their huge burden, they still do not receive adequate attention in public health programmes, even though controlling them (especially diabetes and hypertension) is fundamental to preventing a future global health crisis. Add to this the enduring myths about NCDs which prevent donor agencies from paying enough attention to them —myths like:
(i) diabetes and NCDs are problems only of the rich;
(ii) diabetes is about personal choices and consequences of our own life styles; and that
(iii) diabetes cannot be controlled cost effectively.?

The truth is that 79% people living with diabetes and 88% of people dying prematurely of diabetes are from the developing world. So diabetes is no longer confined to the rich alone but is very much a problem of the poor world. What is more frightening is that the age of onset of type 2 diabetes is reducing with each passing generation, especially in low and middle income countries. In South East Asia this average age is 42 years and in India it is going down into late 30s. Thus we have pre mature morbidity and premature mortality related to diabetes and we would fail in our responsibility if we are not able to control it.
Again, very often we cannot live with the best personal choices if we are surrounded by an unhealthy environment. Dr Kapur recalls that, ?Two years ago while travelling in Orissa I came across a 50 years old poor villager who had very high blood sugar levels and was suffering from diabetic retinopathy. He asked me what he could do by way of diet and physical activity. I was speechless and had no answer to this. Here was a lean and thin guy, working in the fields all day long and barely managing to eat two meals a day. What life style changes could I advise him barring that he should eat some of the green vegetables which he was growing and not sell off all of them. And it baffles me to see that it is such people who are starting to get diabetes more and more. Of course, Indians are genetically more predisposed to diabetes and then many are having their bodies programmed to survive in even less. Stress is another big factor that triggers diabetes, but its role has been underplayed.?
Regarding the myth that it is not cost effective to control diabetes, Dr Kapur believes that, ?The truth is that it is actually not providing care for diabetes that is costly. Because all the excess cost that accrues to the health system is due to complications of diabetes and this is what the policy makers fail to understand. It is estimated that in 30 years from now, the cost of diabetes in the world would be roughly 75% of the global GDP in 2010. Developing countries like China and India that are undergoing economic transition and are also high diabetes burden countries are likely to face the danger of getting their economic development of the last two decades wiped off unless they take drastic measures to control the spread of diabetes.?

Now it also known that diabetes has a link to TB. Data from recent studies in India reveals that one out of every two persons with TB is also either living with diabetes or is at high risk of developing future diabetes and high blood sugar. According to Dr Kapur, ?This has serious consequences for TB control. So we need to integrate diabetes care at primary care level to ensure that we are able to provide good treatment for not only TB but also for diabetes and other chronic diseases like hypertension. This should be the wakeup call that we might land up undoing all the advantages we have gained in controlling TB over the past several years, which will all be wiped away because of diabetes.?
Dr Kapur strongly feels that, ?Diabetes gives the opportunity to break the silos of communicable diseases (CDs) and non-communicable diseases; of hospital care and primary care, which have been created by us. The risk factors for diabetes (including smoking and poor nutrition) are also risk factors for several other diseases. In addition, diabetes itself is a risk factor for many of the NCDs like hypertension, cardiovascular disease, and stroke. Thus diabetes provides a huge opportunity of focusing more on maternal and primary health, especially in developing countries like India, and creating health systems that are not merely health seeking but health giving.?
Shobha Shukla – CNS 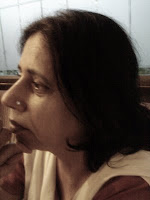 (The author is the Managing Editor of Citizen News Service (CNS). She is currently providing on-site news coverage from 43rd Union World Conference on Lung Health, with kind support from the Lilly MDR TB Partnership and Global Alliance for TB Drug Development (TB Alliance). She is a J2J Fellow of National Press Foundation (NPF) USA. She received her editing training in Singapore, has worked earlier with State Planning Institute, UP and taught physics at India’s prestigious Loreto Convent. She also authored a book on childhood TB (2012), co-authored a book (translated in three languages) “Voices from the field on childhood pneumonia” and a report on Hepatitis C and HIV treatment access issues in 2011. Email: shobha@citizen-news.org, website: http://www.citizen-news.org)
Send your news stories to newsghana101@gmail.com and via WhatsApp on +233 244244807 Follow News Ghana on Google News

Include us in COVID-19 vaccination – Persons with mental health disorders