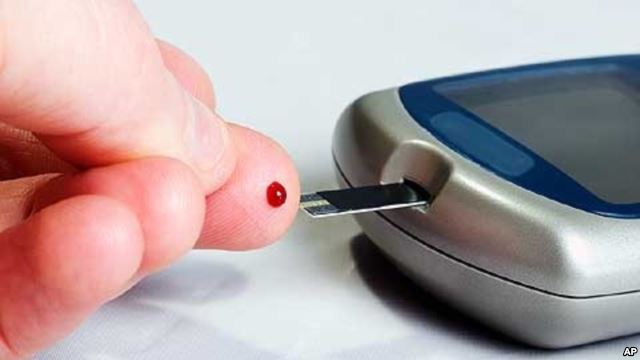 Chief Medical Officer, Prof Muhammad Kambi, told the ‘Sunday News’ in an interview yesterday that the burden of the disease is now pegged at 9.1 per cent of the population, a trend that is alarming.

“A lot of parents today find it a pride to take children out for French fries (chips), roast chicken and sweet carbonated soft drinks, without realising that they are endangering health of their children… such a lifestyle needs to change,” he said.

He said a research in 50 districts in 2012 established that 9.1 per cent of people aged 25 and above were diabetic and Tanzania was eighth among ten countries in Africa with high prevalence of diabetes.

Diabetes mellitus is a metabolic disorder that is characterised by hyperglycemia (high blood sugar) in the context of insulin resistance and relative lack of insulin.

The classic symptoms are excess thirst, frequent urination, and constant hunger. Type 2 diabetes makes up about 90 per cent of cases of diabetes, with the other 10 per cent due primarily to diabetes mellitus type 1 and gestational diabetes.

Obesity is thought to be the primary cause of type 2 diabetes in people who are genetically predisposed to the disease. Type 2 diabetes is initially managed by increasing exercise and dietary changes.

If blood sugar levels are not adequately lowered by these measures, medications such as metformin or insulin may be needed.

Available statistics in Tanzania regarding children who are diabetic, in 2014 it was estimated they were between 15 and 20 per cent among all diabetes patients treated in clinics in the country but that there were many more who don’t visit the clinics because of superstitious beliefs, high cost of treatment and long distance.

The cost of treating a diabetic patient a year is over 400,000/-. Prof Kambi said change in one’s lifestyle include a shift from eating processed foods to more natural ones as well as engaging in regular physical exercises like walking.

He said current statistics shows that type 2 diabetes which is also known as non-insulin-dependent diabetes is very high and that with the help of other stakeholders, the government is doing all it can to increase the coverage of facilities so that free treatment availed to all diabetics.

“At the moment all regions have clinics that can cater for people with diabetes. Funding is still a challenge but we want as soon as possible to ensure we down go down to all districts,” the CMO said.

The Ministry’s Permanent Secretary (PS), Dr Donnan Mmbando, said healthy eating involves taking different types of food that help in development of the body and having average weight as well as consuming nutrients that your body needs.

“In order to avoid diabetes and other non-communicable diseases it is paramount that people follow the directives given to them by health experts and healthy living for those who have and other not having the disease.

The World Diabetes Day was marked globally yesterday. It is the primary global awareness campaign of the diabetes world and was introduced in 1991 by the International Diabetes Federation and the World Health Organisation in response to the alarming rise of diabetes around the world.

Since 2012, the government together with other partners has been implementing a programme to combat diabetes and the aim is to have clinics within district hospitals.

Prof Magimba said that these changes are bringing a lot of issues in the development of a human being and is the reason why unlike before when cancer was known to attack people over the age of 50, today even the youth get cancer.

New data released by the International Diabetes Federation shows that one in every 11 adults worldwide has diabetes, totaling 415 million, with about half undiagnosed, diabetes accounts for 12 per cent of global health expenditures, or about 673 billion US dollars.

It showed also that one in seven births worldwide is complicated by gestational diabetes, countering the view that type 2 diabetes is primarily a problem of wealthy nations, the IDF estimates that 75 per cent of people with diabetes actually live in low- and middle-income countries, where rapid urbanisation and related shifts toward unhealth diets and sedentary lifestyles are accelerating obesity and diabetes.

Every six seconds a person dies of diabetes, with annual death rates exceeding those from malaria, TB and HIV combined. By 2040, IDF estimates that if nothing changes one in 10 adults worldwide will have diabetes (642 million) and diabetes-related health expenditures will exceed 802 billion US Dollars.