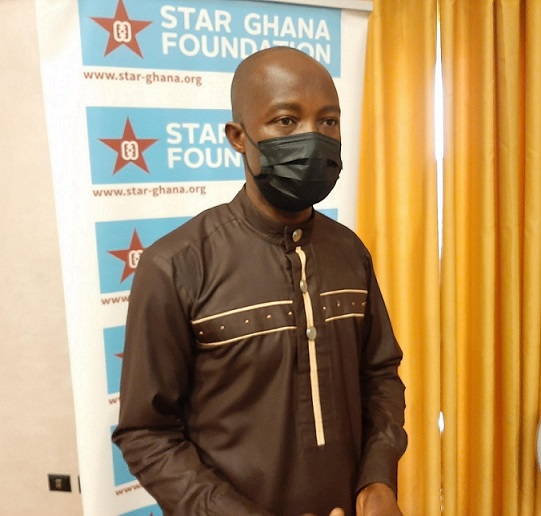 The dialogue was part of a series of regional and national conversations organised by STAR-Ghana Foundation and its partners under the Conflict, Security and Stability Fund (CSSF) project in Northern Ghana.

The objective of the two-month pilot project implemented in the Northern, North East, Savannah, Upper East and Upper West Regions, is to develop a roadmap for coordinated advocacy on peace, security and stability by state and non-state actors in the five Regions.

He said the NDA, NDF and the NPC, through their Regional structures, served as anchor partners who held processes for the development of the roadmap and subsequent engagements with government, traditional authorities and other stakeholders for the implementation of the project.

“These are institutions that we believe share in the ideals of a peaceful and harmonious environment, and also because the NDA and the NDF have a mandate of working to ensuring the transformation of Northern Ghana.”
Mr Mutaru said the project was funded by the Foreign, Commonwealth and Development Office (FCDO) of the government of the United Kingdom.

Mr Charles Abugre, the Vice Chairman of the Governing Council of the STAR-Ghana Foundation in his address to stakeholders, noted that the project was about “trying to promote civil means of resolving conflicts and differences.

“The civil and non-violent means is what makes the difference between a civilised society and a primitive one. In seeking to address our conflicts civilly, we want to emphasize the role of dialogue and discourse,” he said.

Mr Abugre said the ability for aggrieved parties to come together, dialogue and come to a compromise was what peacebuilding was about, adding “It is not only in Northern Ghana that we have violence, but we particularly need not be violent towards each other.

“Because we need space for rapid development. It cannot work even with resources if we are killing each other. That is why we need to solve the problem,” the Vice-Chairman said.

In a speech read on her behalf, Madam Tangoba Abayage, the Outgoing Upper East Regional Minister, commended STAR-Ghana Foundation and its partners for the initiative to organise Regional Dialogue on conflict, security and stability in Northern Ghana.

She said since people interacted with each other, conflicts were almost inevitable, and mentioned the Bawku conflict, the Chuchuliga Chieftaincy affairs, Nabdam, Bongo, Doba-Kandiga among others as conflicts that existed in the Upper East Region.

She said they strive towards the development of Northern Ghana could be derailed if the people of the area failed to accept conflict resolution drives, security for all manner of persons and stability in Northern Ghana.