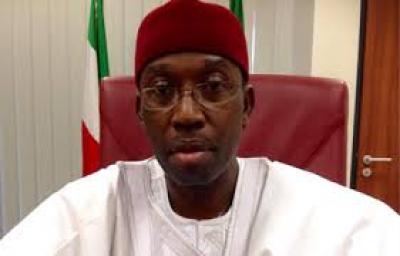 A political Pressure group, DR. Ifeanyi Okowa Support Group (DIO SG) in Delta State has commended their principal, Sen. (Dr) Ifeanyi Arthur Okowa on his success in the just concluded People?s Democratic Party Governorship Primaries, having emerged the winner to bear the party flag in the forthcoming general election in 2015.

Speaking on-behalf of the group, State Coordinator of the group, Comr. Henshel Majesu Oruga, described the victory of Senator (Dr.) Ifeanyi Okowa as well-deserved and that, the credibility of their Principal and his total reliance on God has positioned him for victory ahead of the general election saying, Delta State is in safe hands, when the likes of Okowa are in power, people will rejoice in every way.

Henshel applauded the delegates who voted Okowa in the primaries, praying God for them to live long and enjoy the fruit of their labour with a call on Deltans to queue behind the candidature of Okowa come 2015 especially as PDP is concerned, emphasising that, Delta State is a PDP owned State and there is no room for opposition even as he appealed to those who lost to Okowa to embrace the spirit of sportsmanship by working for Okowa and his team so that the Victory will be overwhelmingly tremendous in the general election.

He referred to Okowa as a detribalized Deltan, who know the pains of the people, a man of courage and high reputation who he said is an expert in politics with a tremendous wealth of experience that will further catapult the state towards greatness.

Meanwhile, Comr. Henshel had on the other hand commended the Delta

State Governor, Dr. Emmanuel Eweta Uduaghan and other aspirants who took part in the contest to have embraced the victory of Okowa whole heartedly just as he urged the supporters of other aspirants and their principals to think of one PDP in Delta and one Delta in general as one indivisible State.

He called on all members of the Dr. Ifeanyi Okowa Support Group to be prepared for a more aggressive door to door campaign for their hero and principal, since this is just the beginning of their work. ?The harvest is bountiful and more labourers are needed. For those who wish to join the group, the door is open until our principal is seated in the government house?, he said.