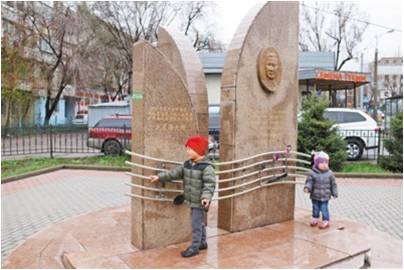 “The story of friendly exchanges between China and Kazakhstan is a rich mine that should be fully exploited,” Zhang Hanhui, Chinese Ambassador to Kazakhstan, told the People’s Daily on the eve of Chinese President Xi Jinping’s state visit to the Central Asian nation. 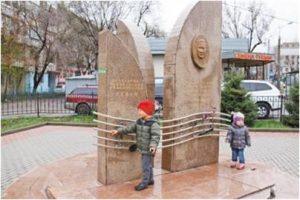 In the National Museum of Kazakhstan, one of the landmark buildings in Kazakh capital Astana, many exhibits which were excavated along the ancient Silk Road seem to tell visitors the history of China-Kazakhstan friendship.

Later this year, some cultural relics will be exhibited in Hong Kong, helping Chinese public better understand the important role Kazakhstan has played in the ancient Silk Road, said Zhanara Zharmukhametova, executive head of external affairs department of the museum.

“The Silk Road history has been included in textbooks for 4thgraders of primary schools in Kazakhstan,” she said with pride.

In the 1940s, Xian Xinghai, a renowned Chinese composer, found his way to Almaty and was taken care of by Kazakh composer Bakhitzhan Baykadamov. It was in Almaty that Xian composed many of his famous works.

The much-told tale of close ties between the two sides spread widely after President Xi recalled the story in a visit to Kazakhstan in 2013.

Baldyrgan, daughter of the Kazakh composer, said her grandmother told her that it was because the two peoples share the tradition of helping each other when in trouble that her family took the risk help Xian even when they lived in poverty.

“Our genes carry the historical memory of long-time friendship and will pass it on from generations to generations,” she said.

Besides, research institutions of the two countries are co-working on a history book of China-Kazakhstan exchange, Zhang disclosed.

“The story of friendly exchange is a richmine that should be fully exploited,” he said, adding that a Chinese cultural center will start construction in a year or two.

Not long ago, a Confucius Institute in Almaty was jointly unveiled by China’s Southwest University and Kazakh Ablai khan University of International Relations and World Languages. The institute marks the 2ndof its kind in Almaty and the 5thin Kazakhstan.

Kounanbayeva, president of the school known as “the cradle of diplomats” in Kazakhstan, said that the Confucius Institute will focus on localized teaching program, teaching materials and faculty training, to enhance people-to-people and cultural exchanges between the two countries.

Being proficient in Chinese has become a dream among young Kazakhs. Nowadays, more and more of them are choosing to study in Chinese universities, inspired by former deputy Prime Minister Dariga Nazarbayeva’s remarks that “In the near future, we all need to understand Chinese.”

This year marks the 25th anniversary of the establishment of diplomatic ties between China and Kazakhstan and the Chinese Year of Tourism in Kazakhstan. Kazakhstan has taken measures to develop its tourism industry, aiming to benefit from the dividends brought by China.

Attracting Chinese tourists has been regarded as an important mission for Kazakh tourism departments during the 2017 World Expo which will be held in Astana from June to September. The host estimated that the number of Chinese visitors will reach 100,000 or more.

Ulazakov, director of the international participation department of the host company of the expo, said that foreign affairs department has taken measures on visa convenience for Chinese visitors, and more than 40 itineraries have been designed for tourists.

“We hope to take this opportunity to display the most beautiful scenery to Chinese tourists and boost our tourism industry,”Ulazakov added.

China accuses US of ‘tech terrorism’