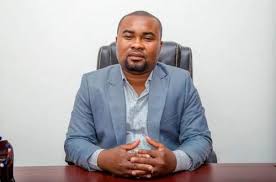 Head of Public Relations Unit of the National Lottery Authority (NLA), Razak Kojo Opoku has refuted an audio recording purported to be his voice in which he was challenging the authority of President Nana Akufo-Addo.

In a Disclaimer to the said audio making rounds in the media and other social media, Razak Kojo Opoku described the audio as “doctored” and a planned diabolic agenda to destroy him before the eyes of the general public and the President.

Below is his Disclaimer:

Disclaimer to an Audio Attributed to Me, Razak Kojo Opoku

We have carefully listened and assessed an audio purporting to be coming from me, Razak Kojo Opoku and in the said audio, I was said to be challenging the authority of President Akufo-Addo with quotation such as “To be honest Akufo-Addo or no one can challenge me, I know how to write and talk”.

I wish to state categorically that the above statement is mischievously doctored to make me look bad in the eyes of the general public. I never authored those words.

It was a telephone conversation between myself and one lawyer close to Hon. Kofi Osei-Ameyaw. So how come, the voice of the lawyer I had a discussion with is missing?

This clearly shows that some aspects of the Audio have been highly doctored for diabolical agenda. I, therefore, entreat the general public to completely disregard the audio and its content.