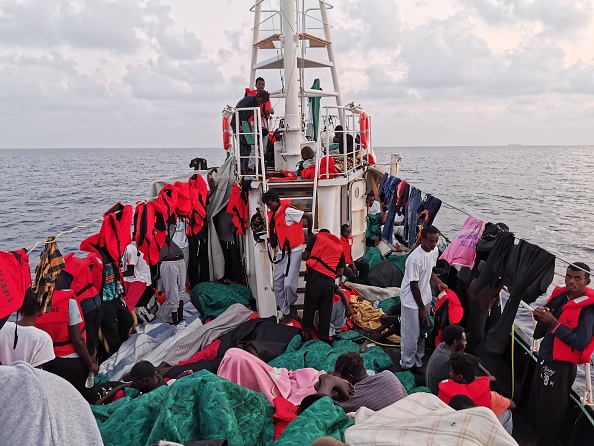 A migrant rescue boat carrying 180 would-be asylum seekers has got permission to land in Italy after being denied entry to ports in Malta and France, the crew said Sunday.

The crew of the Ocean Viking rescue ship said that they had received permission from Italian officials to dock at Porto Empedocle on the southern coast of the Italian island of Sicily. Ship officials said they expect to reach the port on Monday.

On Friday, the Ocean Viking crew declared a state of emergency on the ship, stating the “situation deteriorated to the point that the safety of the 180 survivors and the crew can no longer be guaranteed.”

In a statement, the crew said 44 of the people rescued by the ship were in “acute mental distress” leading to six suicide attempts, including two men who jumped overboard and had to be pulled back to the ship by crew members.The ship said it made at least seven requests to dock in various ports in Malta, France, and Italy before getting the OK from Italy on Sunday.

Until 2017, Italy was the main country of entry for would-be asylum seekers from Africa, according to the United Nations High Commissioner for Refugees, with more than 100,000 arrivals per year for at least the previous five years.

The numbers dropped dramatically in 2018 after a new government closed the country’s ports to new arrivals. The UN reported that fewer than 7,000 refugees arrived in Italy over the first six months of this year.