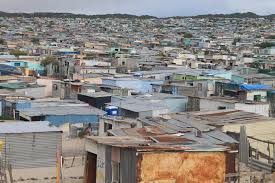 A nine-member District Oversight Committee (DoC) for the African Peer Review Mechanism (APRM) has been reconstituted in the Tema Metropolis. The DoC is a non-political voluntary association of local level actors as the decentralised arm of the APRM Governing Council operating at the district level to oversee the implementation of the national programme of action for the mechanism.
Members of the Committee were drawn from the media, Christian and Muslim communities, youth groups, traditional council, women’s group and other vibrant groupings in the Metropolis.
Mr Dominic Hlordzi, Chairman for the Tema DoC, said it was their responsibility to implement decisions and directives made by the Governing Council.
Mr Hlodzi added that it was the committee’s mandate to deepen the understanding of the APRM among residents of the Metropolis.
In addition, the DoC would also assist the APRM Governing Council to build strategic partnerships and foster development at the district level.
He called on stakeholders to corporate with the DoC to enable it achieve its aim, noting that the committee was not set up to intimidate any organization but rather, put government agencies and other stakeholders on their toes to bring about the needed development.
Mr Hlordzi observed that the old committee became dormant because of lack of funds and therefore appealed for financial support to fund the activities of the new committee.
Mr Kwame Antwi, Tema Metropolitan Director, National Commission for Civic Education (NCCE) and the Coordinator for the DoC, reminded members of the fact that they could not hold any political positions.
Mr Antwi also urged members to dedicate themselves to the activities of the DoC to ensure its success.
The APRM was initiated in 2002 and established in 2003 by the African Union in the framework for the implementation of the New Partnership for Africa’s Development (NEPAD).
Its objectives are primarily to foster the adoption of policies, standards and practices that lead to political stability, high economic growth, sustainable development and accelerated sub-regional and continental economic integration, through experience sharing and reinforcement of successful and best practices, including identifying deficiencies and assessment of requirements for capacity building.