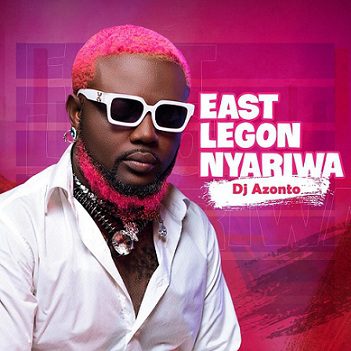 The new joint, produced by Abochi, is another banging tune from the music sensation, who has been churning back-to-back hits.

DJ Azonto, on this new jam, serenades music lovers with some captivating lyrical vibes, something the budding music sensation is very good at.

DJ Azonto’s first single of the year, titled “Enfa Bi Da,” has dominated social media platforms, especially on TikTok, where there is currently a dance challenge.

DJ Azonto, who made his breakthrough with the ever-banging hit single “Fa No Fom,” has won many awards over the past months and also a contender for New Artiste of the Year at the upcoming Vodafone Ghana Music Awards.

DJ Azonto has so many hit singles to his credit, including “Kaba Ne Skirt,” “Add Wale,” “Ampe,” and “VGMA,” among others.

DJ Azonto further revealed that his “Fa No Fom” hit song has won him numerous awards, and he is eyeing Artiste of the Year at the Vodafone Ghana Music Awards.

The Amapiano sensation was recently honoured as the Best Artiste of the Year at the High School Students awards before hosting his Azonto A Confirmie concert which saw thousands of people at Kwashieman Park.

DJ Azonto adjudged Most Promising Artiste of the Year