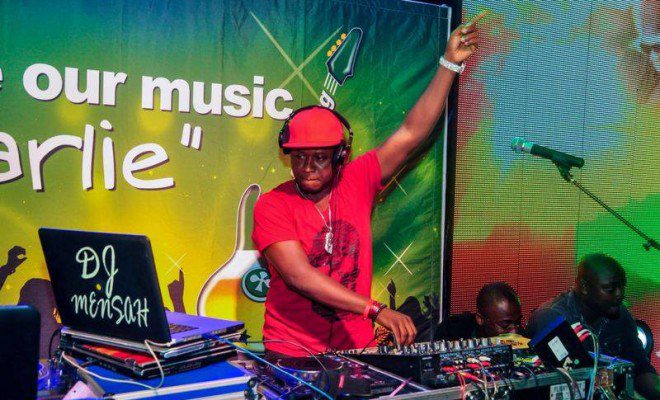 Ahead of the release of much anticipated song ??My wifee?? by Ghana?s prolific DJ, DJ Mensah this Friday, the ace DJ has disclosed that the album which has JaySo on it is not a joint one but strictly his own.

He made this known during an interaction with Firm Bridges Communication?s Charles Akrofi via phone earlier today.

According to him, ??one of the misconceptions people are having is that the album is a joint one between me and
JaySo. But no! it?s strictly mine. JaySo was rather the producer??.

The new single, which is due release this Friday features the phenomenal, versatile, Okyeame Kwame with classic, decent twi
rap and Lady Jay on the chorus with soulful nerve-racking singing. DJ Mensah explains that the song touches on the
struggles that entertainers go through all because they have to entertain their fans, sometimes staying out of home for longer
hours which eventually causes family problems.

The award winning DJ is also the official Dj for rapper, Sakordie with whom they?ve staged several programs across the country.

As to why he has decided to venture into music, he said ??Music is my first love. I use to rap when I was in school even though I
did not toe that path and went into DJing. But now that I?m in, my interest is to put out records and to make a mark in the
industry??