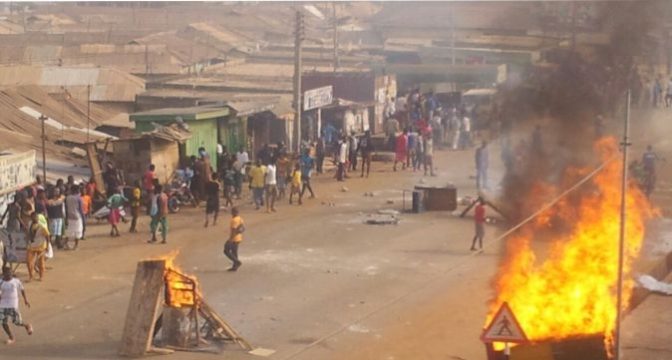 Several years ago as a young student, I watched on TV news about conflicts and violence in Africa, and while today, I have become an adult, the news about Africa has not changed much. 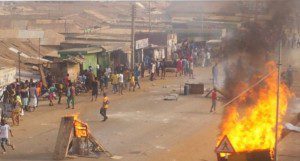 In June 2016, UK-based newspaper, the Guardian, published a story claiming violence has erupted again in South Sudan with dozens killed and more than 70,000 displaced in horrific attacks in an ethnic conflict over land and power between the Dinka who are South Sudan’s largest ethnic group and the Fartit who form the majority of the local population around Wau.

Indeed, there are similar stories of violence across the continent of Africa chronicled in our newspapers and published online. The international development organization, ID21, pointed out that no less than 28 sub-Saharan Africa states have been at civil war since 1980. There have been over 9 million refugees and internally displaced people from conflicts in Africa. Hundreds and thousands of people have been slaughtered from a number of conflicts and civil wars.

Too often, when one wakes up in the morning to hear or watch news of violence about Africa, one begins to wonder if the black man is created the violent race.

The world has not forgotten about the Rwandan genocide; the mass slaughter of Tutsi by members of the Hutu in which an estimated 500,000- 1,000,000 Rwandans were killed, and an estimated 2 million were displaced and became refugees. The Darfur conflict in which about 200,000 people have been killed and as many as 2.5 million people displaced because of the conflict between the Janjaweed and a number of rebel armies. The Liberian conflict which had more than 250,000 people killed and nearly 1 million displaced, and the Sierra Leone civil war which left between 50,000- 300,000 killed and 2.5 million displaced internally and externally.

Right here in Ghana, we have seen conflicts over ethnicity and land ownership as well as over who has rights to assume certain chieftaincies. Nanumba – Kokomba, Nkonya – Alavanyo, Kokomba versus Gonja, Damgomba, Nanumba, Gonja versus Vagla as well as the fighting between the Andani and Abudu clans in the Dangbon traditional area and the unrest in Bawku which has seen longstanding tensions between Mamprusis and Kusasis, are examples.

There have recently been numerous political violence and conflicts going on in Africa including Zimbabwe, Mali, Cote d’Ivoire, Burkina Faso and Kenya. The pervading incidence of rising tensions when African countries are about to go to the polls to elect a president are always there. Elections in Africa are usually characterized by violence where peace and security are threatened. The fear of chaos, anarchy and bloodshed remain because the outcome of the elections could result in violence and conflict.

Sadly, the culture of violence in Africa where the youth of the continent are carelessly armed with machetes, sticks, stones, AK 47 assault rifles, automatic pump action guns and sub-machine guns and cause destruction to lives and properties becomes an unending business. We are daily awakening to realities of ethno-political tensions, insecurities, barbaric killings and horror signs of anarchy on the continent.

Now, while young people elsewhere on the globe are finding paths, discovering new frontiers, making waves and blazing trails in technological advancement and building better future for themselves and their communities; disappointingly, the energy and time of the young people in Africa are channelled into fighting and shedding innocent blood. African youths are busily destroying schools which were built to educate them as well as hospitals meant to save lives.

Perhaps, the real truth may be that Africans are not created violent, but we have become violent because of poverty. Poverty is the primary cause of violence on the continent generating instability and underdevelopment. African youths join gangs and rebel groups because of unemployment. Therefore, African governments must do more in solving the rising rate of unemployment situation on the continent by creating the enabling environment for industrialisation. Power or electricity which industries thrive upon must be made available and cheap for businesses to expand and create more jobs and employments for the teeming youths across the continent. Governments across the continent must also formulate right policies in the interest of the private sector to grow the African economies to generate jobs and employment. The young people on the continent must be given the incentive to go into farming to cultivate Africa’s vast arable hectares of farm land thereby solving the unemployment problem amidst reducing poverty.

Africa with good governance is much likely to see peace and stability. African governments must be more transparent and accountable to the people. Those serving in public offices must be accountable on how they run their yearly expenses and spend public funds. Governments must also fight and reduce corruption. We must build strong institutions and set up monitoring teams to scrutinise private and public establishments. Greedy attitudes and tendencies among our politicians and public officials must be tackled.

Education tends to reduce violence as the more time people spend at school, the less violent they are likely to become. Schools don’t just teach history and maths; they teach people how to live in society. In view of this truth, African governments must invest more into education and build more vocational and technical schools that will train and equip young people with skills to be self-employed after school. School enrolment right from the primary to the university must be made accessible and affordable to all. Teaching and learning materials must be made available to provide quality education.

Economic inequalities between groups predisposes them to conflict and violence. When the inequalities are extreme, violence is likely to be perpetrated within that ethnic group. African governments must create a more equitable society through distributing equally the national cake and no particular ethnic group must be made to feel superior to the other, or feel marginalised.

However, when these issues are addressed, I believe that a new day would soon dawn. Violence cannot always hold the continent bound, and Africa will experience peace and stability in development.

As a people, we shall see one another as brothers and sisters in a nation with a common goal and destiny and not necessarily as differing tribes. When this day arrives, the AK 47 assault rifles, machetes, automatic pump action guns and the sub-machine guns will no longer be recklessly used by our youths. The young people will serve as development agents and instead take up working tools and pens for the building of the continent. Africa will then become a place where our grandsons and granddaughters shall be proud of, and they shall become the generation who would never have known war and conflict.

CAPACITY BUILDING IS A REQUIREMENT FOR LEADERSHIP POSITIONS

Why Success Is Not Achieved Overnight

Could Ghanaian Businesses Be Going Global?

The Christian Church Role in Eliminating Poverty in Africa

Could it be a true case of competence or that of sexual favours?