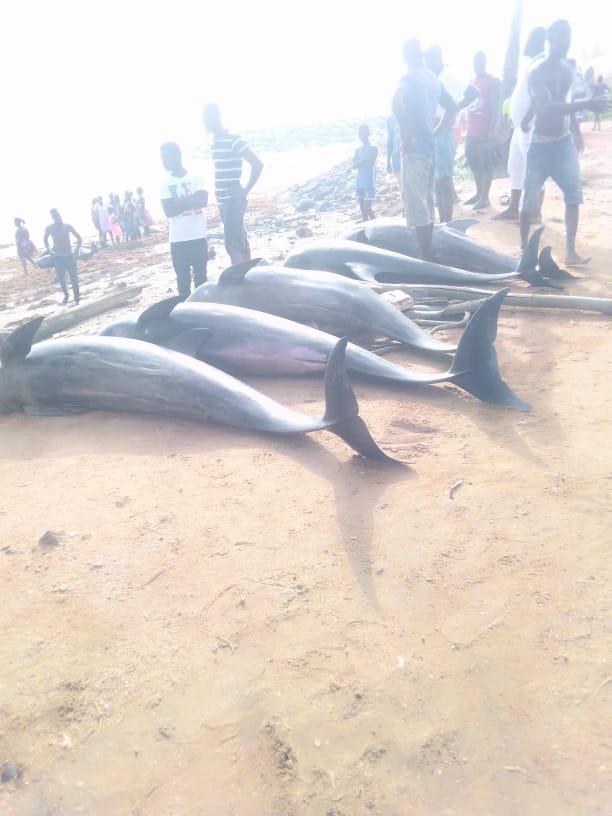 The Western Regional Office of the National Commission for Civic Education (NCCE), has sensitized the people of Axim and its environs against the consumption of the melon head dolphins and other fishes washed ashore on the Brawire and Ankobra beaches last Sunday.

The Commission has also advised against the sale of such fishes to cold store operators and fish markets in the Region and beyond.

This came to light when the Regional Director of the Commission, Mr Justice Ennin, held a stakeholder meeting with the affected communities at Axim to sensitize them on the effects of the consumption and sale of the fishes.

The meeting, which was attended by the Assembly Members, chiefs, Chief Fisherman, fishmongers and other stakeholders, was to educate them on the possible effects the fish could have on them.

The Regional Director said the sensitization exercise would be extended to Ellembelle and Ahanta West Municipalities where there was a huge fish market.

Mr Ennin urged those who still had some of the said fishes in their possession to destroy them or release them to the appropriate authorities to have them disposed off.

He called on them to exercise patience and wait for the outcome of the investigations being conducted by the Environmental Protection Agency, Food and Drugs Authority and other institutions.

The Regional Director pointed out that it was unusual for the Dolphins to be found on the beaches just like that and urged the public not to patronize fish they did not know the name or suspect to be that of the Dolphins and other fishes washed ashore last Sunday.

Mr Ennin advised the fishers and fishmongers to adhere to the advice given by the Fisheries Commission and Food and Drugs Authority to protect their lives and that of the public.

The Fishmongers on their part, called on the government to come to their aid financially, since some of them spent close to GHC4,000 to purchase the said dolphins and other fishes that were washed ashore.

They explained that the fishes were sold to them and not given to them free of charge and pleaded with the government and Fisheries Commission for a refund of monies spent.

The Fishmongers were also worried that the issue might collapse their fish business, since people may no longer patronize similar big fishes which would be genuinely caught from the sea.