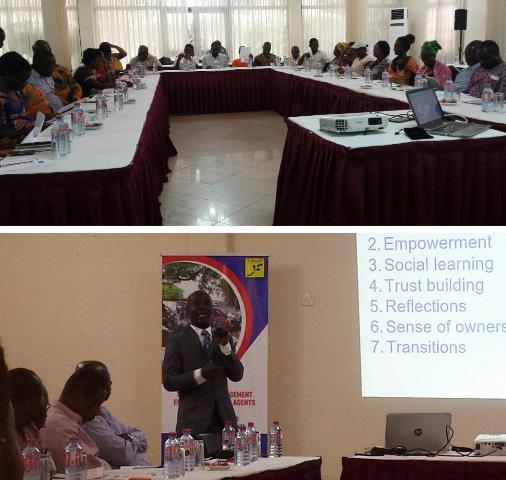 More than 12,000 people are likely to contract water-borne diseases if they continue to use water from their contaminated dug wells in Dodowa, in the Greater Accra Region, according to a research report.

Samples of water were tested for rotavirus, bacteriological quality and others, with about 27 percent of the dug wells testing positive for Rotavirus in the Zongo, Wedokum, Obom and Apperkon communities, where the research was conducted.

Professor Sampson Oduro-Kwarteng, an Associate Professor of the Department of Civil Engineering, of the Kwame Nkrumah University of Science and Technology (KNUST), who shared the findings, said the groundwater, located near toilet facilities and refuse dumps had been contaminated with human and animal excreta.

The research, jointly conducted by the Civil and Engineering Departments of the KNUST and the Central University College (CUC), named some of the water-borne diseases as diarrhoea, dysentery and cholera.

Prof Oduro-Kwarteng, therefore, urged Non-Governmental Organisations to provide pipe-borne water, which were metered so that the residents would be billed as 70 per cent of the total population depended on groundwater and they were at risk.

The findings were shared at a Transition Management (TM) workshop, orgainsed by the T-GroUp; the Regional Water and Environmental Sanitation Centre; Kumasi (RWESCK); CUC, KNUST and Unlocking the Potential of Groundwater for the Poor (UPGro).

Prof Oduro-Kwarteng, who also worked at the RWESCK-Kumasi, said the research was conducted between 2015 and 2019.

Following the findings, they engaged the members of the communities to find solutions to the problem through the TM Project Approach and used a multi-actor system, which involved the district assemblies, institutions and other sector players.

Prof Oduro-Kwarteng explained the TM as a governance approach, which empowered people and brought about a sense of ownership to find sustainable solutions to the related problems identified.

The Group, subsequently, trained some of their leaders to effect behavioral change through drama and jingles and other sensitization programmes on avoiding open defecation, keeping rubbish bins and boiling their water before use.

The Group also trained artisans that would build affordable and quality toilets, he said.

He, however, recommended that the communities be provided with tap-borne water, with the NGOs paying for their connection fees, of about GHC1000, which they said, they could afford.

The NGOs should then give them meters and charge them for the potable water.

Dr George Lutherott, a Geologist and the project leader, said since the viruses survived on the bacteria, boiling their water at 100 Degree Celsius would kill the bacteria with the viruses.

Dr Lutherott, also a senior Lecturer at the CUC, called on all to have toilet facilities in their homes to reduce the pathogens that promote water related diseases.

Apart from Ghana, the Project is taking place in Arusha-Tanzania and Kampala-Uganda.

Proper hand washing critical towards prevention of COVID-19, other diseases

The frightening realities of kidney diseases