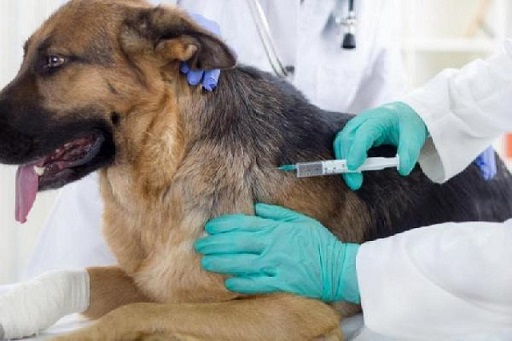 Dog owners have been urged to vaccinate dogs against rabies and also keep them from straying.

This would help to completely eradicate rabies in the country.

“Dogs are helpful in many ways. We cannot do without them. What we need to do as humans is to be responsible care takers of our animals.”

He said as a dog owner or keeper of any other animals, one’s responsibility was to ensure that in addition to providing the animal with food and safe drinking water, it needed to be well sheltered, attended to medically and prevented from straying to prevent disease infection.

Dr. Sasu said while rabies destroyed dogs and all other animals as well, it could also affect and destroy humans.

He urged the public to be responsible towards the animals they kept, saying, “let us play our role to end rabies by 2030.”

For this year, the Head of Epidemiology of the Veterinary Service Directorate, Dr Fenteng Danso, said 27 cases of rabies had been recorded in the country, with ten of them coming from the Kpone Katamanso Municipality, in the Greater Accra region.

Rabies is a viral disease that is spread through infected saliva of an animal or human, coming into contact with an open wound of another animal or human, or the mucus membranes, such as the mouth or eyes.

Rabies is transmitted through the bite of an infected animal.

While dogs are mainly known as transmitters of rabies, horses, cats, cattle, bats and even humans are also potential carriers of the rabies virus.

Rabies is fatal and equally preventable.

Vaccinating animals against rabies, especially dogs and cats, and taking the complete anti rabies when bitten by any animal or human will prevent rabies completely.

Animal scratches should also be treated as seriously as bites.

Experts say, “once symptoms begin to show, a victim practically has no chance of survival.”

The rabies virus attacks the brain and spinal cord, and takes a victim through painful symptoms such as convulsions, breathing difficulties, typically coma and finally death.

Clergyman urges Ghanaians to cut down expenses this Christmas