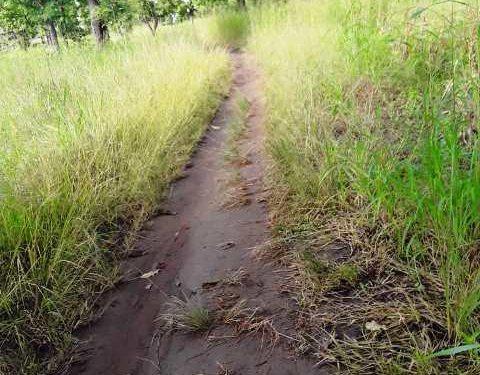 The undulating clay-like stretch road is making it extremely difficult for motorists to convey passengers and goods to and from their communities.

The opinion leader described the road network of the area as a death trap and expressed worry about the cut-off point at Domeabra on the Odoben – Brakwa road, where clay formed part of the road.

He also expressed worry about another cut-off point between Aware Begu and Ehyiam direction, where some taxi cabs and Urvan minibuses carrying passengers and luggage respectively, were trapped in mud due to the slippery nature of the road.

According to him, the Odoben – Brakwa route had developed the deepest potholes and needed immediate reshaping, to avoid further discomfiture to drivers and passengers who used the route, saying, a journey of about 15 kilometres from Odoben to Brakwa which could be made in 25 minutes was being made in 50 minutes.

Opanin Yaw Nkrumah therefore, appealed to the government to construct the roads to help open up the economy of the area, adding; “the area is noted for the cultivation of cocoa, plantain, cassava, citrus, and other cash crops”.

He said since the only activity in the area was farming, and it was necessary to reshape the road to help farmers transport their foodstuffs to the buying centres, to generate enough income to support their families.