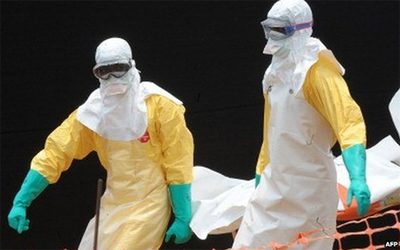 As the world continues to strive to find medical solution to the rampaging influenza of deadly Ebola Virus Disease (EVD), a university don and Deputy Vice Chancellor (Academics) of the Nnamdi Azikiwe University, Prof Charles Esimone has urged the Federal Government to as a matter of urgent national interest initiate project on medical research and development with the aim of developing indigenous medicines capable of curing deadly ailments including EVD>>>> The Deputy Vice-Chancellor in an interview in his office yesterday pointed out that due to the threats now posed by Ebola, the country should establish a? Biological Research Training Center (BRTC) and Central Laboratory (CB) where people can be trained with a mandate to research and develop indigenous drugs to treat people with killer diseases. He noted that there are forests and gardens in the country where medicinal plants to treat the entire virus could be found.>>>> According to him, “we can look at the particles of the Ebola Virus and then look at how we can mimic both the surface protein and other necessary elements of the virus and go for new herbal drug, new herbal compound with several herbs and also look at the claim by Professor Maurice Iwu. And to achieve results we can use a vector base system to check the plants that have potential against the virus.>>>> “There is also another thing we can do if we have the support and findings. If you know the complete genetic make up of micro organism or a virus you can use computerized to check for various target drugs that can influence it.>>>> He went further to say,” we have what we call bioinformatics based drug discovery which can help in discovering many drugs even some current, anti HIV drugs. We have many expertise that have knowledge about bioinformatics. We can use bioinformatics as drugs discovery platforms and we can look at many natural products and see where they can bind in the sight of Ebola and all these are likely possibilities.”>>>> He also pointed out that there are somethings in the virus that can be found in another kind of virus and some drugs can be actually used against those viruses adding that NINOMENT platform (Nino silver) can be developed for some of herbal drugs that can be found around us.>>>> All these, he noted, “are platforms that if we have, would give us our own African drugs cure for it within a short time. Nothing prevents us from having our drugs tested in Africa through our own health-care system and show it to the world. I believe that with the knowledge which we have so far improved we don’t sit and wait for foreigners to give us knowledge on everything before we could do something.”>>>> He emphasized on the need for Africans to come together and collectively challenge their problems pointing out that time has come for Africans to become serious about fighting their problems and not to always depend on foreign government/donors for assistance adding that Africa has people who are capable to go places as medical practitioners.>>>> Prof Esimone noted that Africa has come of age and can now do something good on its own, China and India are making it because they have been able to solve their problems by themselves. Africa can also do same thing, though it may not be easy but we have to start somewhere and possibly Nigeria.”>>>> He commended the federal government for effectively waging campaign and pro active measures against Ebola he also mentioned prayer as another means of fighting the virus noting that with God all things are possible.