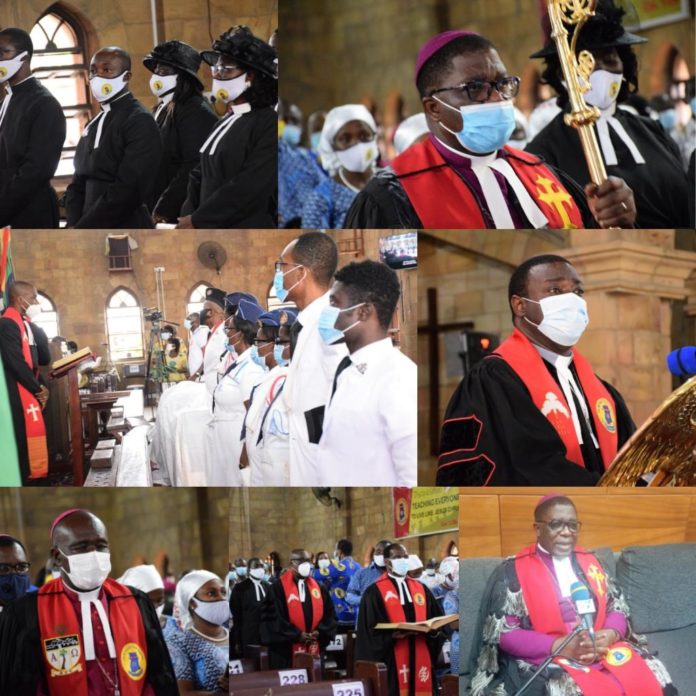 The Most Reverend Dr. Paul Kwabena Boafo, the Presiding Bishop of the Methodist Church Ghana, has cautioned newly ordained Ministers of the Church against adopting inappropriate ways to take monies from congregants.

“As Methodist Ministers, you are called to enrich lives, but that is not about preaching prosperity, nor asking members to come for a visa, holy water, and jobs among others, but preaching holiness.

“Don’t go and cheat people with all kinds of gymnastics. Many pastors are too fake and use all forms of gymnastic fantasies to get money from members. As Methodist Ministers, don’t go behaving that way, because you are called to bring holistic transformation to society,” he said.

Most Rev. Boafo bemoaned the injustices and corruption in the society of which the church was no exception, and asked the Ministers not to be scared to speak against the negative practices.

“God did not only call you for the smooth times but also the hard times so that you can help to shape society. God is sending you to address the injustices in society, to be the voice of the voiceless and bring life into dead situations,” he added.

The Presiding Bishop also cautioned the Ministers against seeking spiritual powers from elsewhere apart from God’s, saying: “You don’t go looking for powers anywhere but you wait alone upon God who is mighty and powerful.”

He advised the Ministers to be humble, seek wisdom from God and dedicate themselves to His service to be able to fulfil their calling and win souls for his kingdom.

As the nation prepared for the general elections, Most. Rev. Boafo advised Christians, especially members of the Methodist Church, not to engage in any form of unlawful and violent activities.

“Let it not be said that we the Methodists were part of a mayhem, confusion and pulling of cutlasses during and after the elections,” he cautioned

Most Rev. Boafo entreated spouses of the ordained Ministers to help to promote the work of the Ministers by being good counsels and desisting from the habit of wanting to take over the Ministry or exhibiting bad deeds at the church.

The Presiding Bishop prayed for all the Ministers and presented a Bible and a certificate to give them an authority to preach the word of God in and out of season.

He together with other Bishops, put on the ordained Ministers robes as the outward mark of their ordination into the pastoral Ministry.

The Ministers, who had gone through six years academic and field training at the Trinity Theological Seminary, willingly said they were ready with all faithful diligence to drive away all erroneous and strange doctrines contrary to God’s word.

The ordination programme, which gave the Ministers the chance to start administering sacraments of baptism and Holy Communion among others, was adorned with traditional lyrical ministrations.

Reverend Sebastian Osabarima, one the newly ordained Ministers, told the Ghana News Agency that he was going to dedicate himself to the service of God and heed to the advice from the Presiding Bishop.

Reverend Rachel Stuff, another ordained Minister said she was going to lead the Church in humility and only with true direction from God.