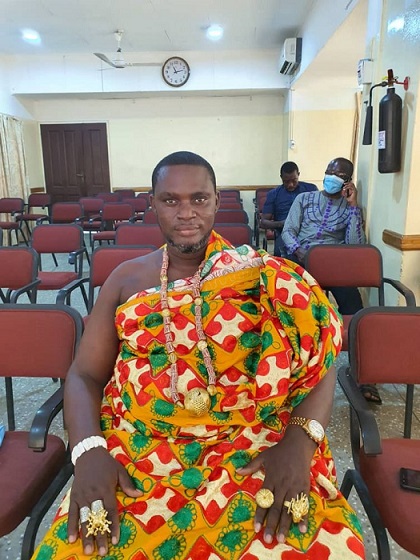 Krokobite Mantse Nii Ofei III has walked people who matters through their history.

According to him, people have made concerted efforts to change their history but it will end nowhere. He said even way back in the 1900s when their forebears came to settled at Kokrobite, the only bond between Arde Nkpa was mere friendship.

So in 1976 his predecessor Nii Ofei II consulted one Dr. Tagoe for advice on Krokobite lands but, unfortunately, the counsel did not go well for them.

“We only pay allegiance to Ngleshie James Town and not any other,” he said. In his view what others are saying that the Arde Nkpa family are real custodians of his area can’t be true.

“The facts don’t support such claims.” he opined. Nii Ofei III also said the Acting President of Ga chiefs urged them to come together as a united family, and last week all of them met to find a common ground to resolve the impasse.

Nii Ofei however, questioned the authenticity of faceless people who constantly doubt the legitimacy of his kingship. He believes they are just there to disturb the peace and stability of Kokrobite.

He called on all to disregard any negative perception by few people that his Gazette was obtained in the dark.

To him, the document cannot be given on a silver platter.
“Only genuine and legitimate royal is given such important document, and men of repute handle the process,” he added.