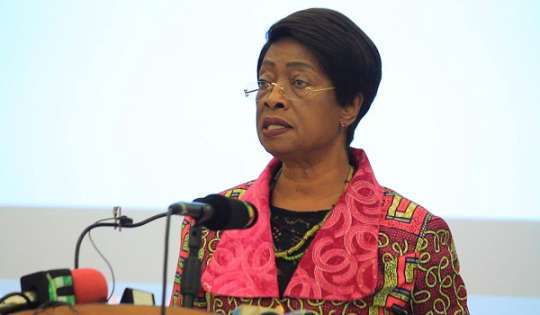 The Chief Justice has entreated families not to exploit their relationship with judges for any selfish agenda.

Chief Justice Sophia A.B. Akuffo said: “Some family members could bring disgrace and destroy your profession. When your family members come to you, tell them that as for this one you cannot do it.”

“Justice is not anchored on friendship, kinship, fellowship. It is anchored on law. Keep your gates locked and don’t mingle with certain companies. Be careful with the kinds of friends you hang out with.’’

Chief Justice Akuffo gave the advice at the swearing-in of 24 Circuit Court judges, including 14 females at the Law Court Complex in Accra.

Some of the judges were elevated from the District or Magistrate’s courts to the Circuit Court level.Nine more magistrates are expected to be sworn in later in the day.

The Chief Justice, who administered the Oath of Allegiance and Secrecy, and the Judicial Oath, said judicial independence was key to the foundation on which the nation’s peace and stability hinged.

“Being independent doesn’t mean judges have the freedom to do whatever they please. We are accountable at every moment in time, not only to the people of Ghana but to God. Let your work bring ample relief to the citizens that you have chosen to serve.”

She tasked the judges to strive to achieve the highest level of distinction on their job, adding that it was only integrity and hard work that would see them through to the top.

The Chief Justice further admonished the newly sworn-in judges to learn hard to improve on their judgments.
She said judges were not above the law as they could be put on trial and removed from office over misconduct.

Mr Anthony Forson Junior, the President of the Ghana Bar Association (GBA), said to maintain the good name of the Judiciary, judges should keep their distance from certain characters.

He said they must conduct themselves in a way that it would be an honour to call them.

“You should not only be honest but you must be seen to be honest,’’ the GBA President said.

Mrs Justice Elizabeth Ankomah, a High Court Judge, who spoke on behalf of Mr Justice Senyo-Dzamefe, the President of the Association of Magistrates and Judges of Ghana (AMJG), said the conduct of the bench should help promote and uphold the integrity and independence of the Judiciary.

She said frequent adjournments would not help their work and encouraged the judges to be fair and firm.“Avoid issues of real or perceived corruption,” she said.