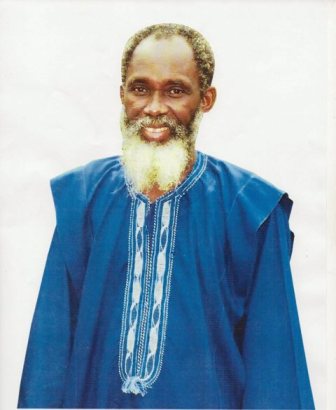 Apostle Kadmiel E.H. Agbalenyo, the Founder and Leader of Seven Day Congregation of Theocracy has said it was unconstitutional for any religious organization to prevent the government from recognizing other religions.

He said Ghana being a secular and democratic state has allowed pluralism of cultures and religions (Christian, Islamic, Traditional among others.)

“If the government accepts to build National Cathedral for Christianity and National Mosque for Islam, why not also the National Shrine for Traditional religion,” he asked.

Apostle Agbalenyo made the remark when he organized a three-day lecture for his congregation at the Girls Guide Training Centre at Achimota in Accra.

“Thus Ghana, which had independence from British rule in 1957, and a member of the United Nations and befriended United States of America, European Union and strong member of the British Common Wealth of Nations, has become a secular state since independence and has sacrificed her Christianity.”

“Under this Universal law, all forms of religious and traditions are recognized and protected (Rev. 16:12-14).

The Founder and Leader said it was therefore constitutional should the government of Ghana through Parliament and the Council of State consider to build a National Shrine for the Traditional religion and chieftaincy.

“Unknown to most religions, especially Christianity is that traditional rulers are the custodians of the traditional religious system in Ghana,” Apostle Agbalenyo said.