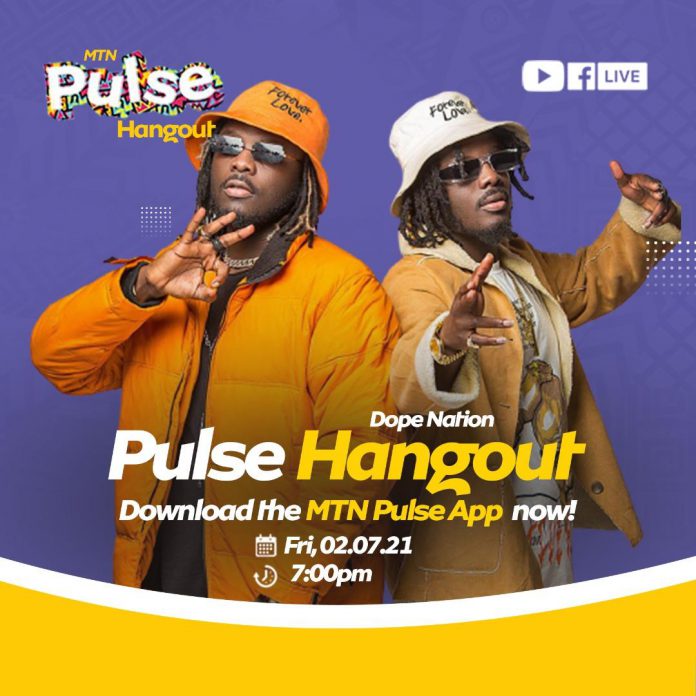 The duo who double as music producers in an interactive session with fans revealed that this year’s event would be a big one for them as they plan to groom young artistes and give them the needed platform to showcase their talents.

Afrobeats Star Kidi who is former winner of MTN Hitmaker had his turn on the hangout session as he told fans about his recently released ”Golden Boy” album which features the like of Patoranking, Kuami Eugene, Joey B, among others and has about six million streams on Audiomack thus far.

Kidi in an interview via video said he was happy with the progress and direction of Ghanaian music over the past years and saidhe remained hopeful of winning Ghana’s first Grammy’s in the new future.

Rising rap artsites Omar Burner and Slo Pezzy were also engaged in lyrical battle with the winner to perform at next month’s edition of MTN Pulse Hangout.