Ahead of the German Supercup this Wednesday, the country’ football giants appear at first glance to be stuck in a tricky situation.

Much more than their national rival Bayern, it seems that the Black and Yellow’s team is full of apprentices trying to avoid slipping into further frustrations.

More setbacks could well affect the entire season and increase the pressure on coach Lucien Favre at an early stage.

The 2020 German Supercup final is developing into a vital do-or-die game.

Mentioning the names of the brilliant BVB youngsters such as Erling Haaland, Jadon Sancho, Jude Bellingham, and Giovanni Reyna might delight every football lover.

Meanwhile, the 2-0 defeat against underdogs FC Augsburg showed that Dortmund hasn’t solved the problems that have accompanied the side over recent years.

The club, which has the most outstanding talents in European football, seems to be falling back into old behavior patterns despite their claim to outpace Bayern in the Bundesliga.

The recent setback is reviving discussions about Favre’s ability to create stability while the squad is accused of lacking robustness when facing determined opponents of lower class.

Considering Borussia’s crash happening as early as on season matchday 2, a defeat against Bayern might cause further trouble.
In advance of Wednesday’s encounter, the 2012 German champion seems to carry a more massive load on its shoulders.

The recent failure is nursing doubts about the club’s strategy to gain sufficient success by signing talents using Dortmund as an intermediate station on their way to one of the continent’s leading sides.

Ambitions to win titles collide with the club leader’s demands to accept the performance fluctuations of young footballers.
BAYERN ISSUES

After the first defeat following 32 games without a loss, Robert Lewandowski’s comment might draw the current picture of the 2020 treble winners’ situation.

“We are exhausted,” the 32-year-old Pole said after the Bavarian lost 4-1 in Hoffenheim.

Reports speak of growing unrest among players and coaching staff regarding their claim to sign new faces to help a tired team recover and shape an era of success.

The transfer window closes next Monday. Sports director Hasan Salihamidzic is under pressure to satisfy coach Hansi Flick’s demands. The 55-year-old reportedly asked for a midfielder, a right-back, and a winger replacing Ivan Perisic, Thiago Alcantara and Philippe Coutinho.

Manuel Neuer tried to play down the unrest by saying: “We know what we are facing this season. We shouldn’t speak about our tiredness but accept it.”

Behind the scene, insiders report huge expectations regarding Salihamidzic’s ability to solve the problem within the next week.

To find new faces seems to be much more vital than to beat Dortmund and win this season’s fifth title. 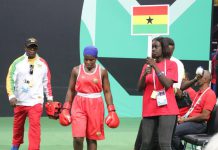