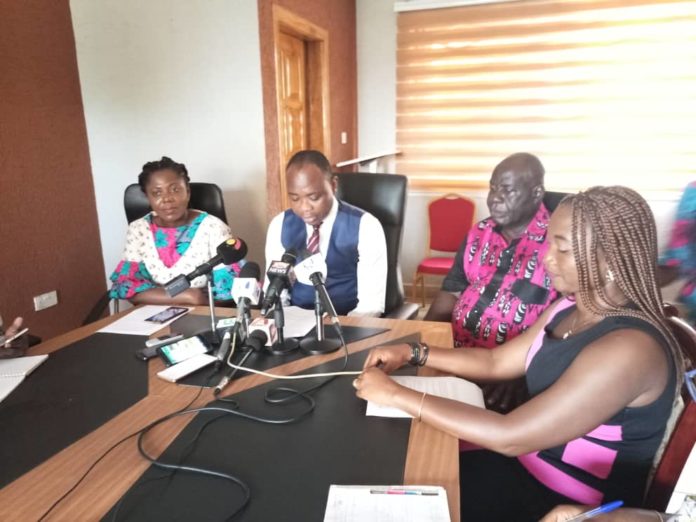 Ghana National Education Campaign Coalition (GNECC) has hailed the government for taking a judicious step to address the challenges hindering the implementation of the Free Senior High School (FSHS) policy.

Ghana National Education Campaign Coalition (GNECC) also commended government for being able to reduce the number of students who were placed in Senior High School but could enroll; that is 111, 336 in 2016 and 62,453 in 2017.

It is worth noting that about 52,000 more students were able to access secondary education in 2017.

Addressing journalists at a press conference in Accra, the Executive Council Chair of the GNECC, Mr. Bright Appiah, revealed that the major cause challenges facing the FSHS policy was not infrastructure; but rather the issue of financing.

This he said, after a year of implementation, there is still no secure and reliable funding for the FSHS policy, which is extremely worrying. Having in place a sustainable funding plan prior to the roll out of the FSHS policy would have spared us the current quagmire.

“This is why we want to remind government that, no country has ever implemented a free SHS policy where 70% of students were boarders. In fact, the best practice worldwide is the day school approach to free secondary education.

A 70% day & 30% boarding system will reduce the cost of financing secondary education by at least 50% while reducing the pressure on existing infrastructure,” he stated.
Adding that, the communication in relation to the roll-out the multi-track system, which is an attempt to partly address the challenges with implementation of the FSHS has been riddled with inconsistencies and political innuendo.

“A policy that affects millions requires broad-based consultation with teachers who will be implementers as well as parents and students who are directly affected with such policies.
On this basis, it is our view that the consultations conducted by the government was inadequate. Merely informing civil society through the media is not consultation, and government must be mindful of the history of failures associated with secretly packaged policies,” he stressed.

Mr. Appiah, also noted that discussions on the double-track system should be devoid of politics as it relates to the fundamental rights of millions of children.
Rather, the discussion should be done with the aim of educating the public and galvanizing to enhance the implementation of the FSHS policy in line with SDG4.

The Coalition also advised government to pilot the multi-track policy for at least an academic year, after which the basis for eventual nationwide roll-out will be established.
“The fact that similar policies worked in the United States, Japan and Germany does not mean it will work automatically in Ghana. We conclude by encouraging the Ministry of Education to open minded and not defensive in approaching the proposed multi-track system. When the policy document of the proposed multi-track system is ready, the Coalition will review and advise accordingly,” they added.