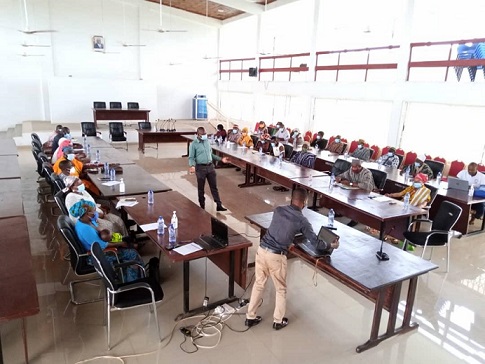 The Wa office of the Domestic Violence and Victims Support Unit (DOVVSU), Ghana Police Service, has appealed to communities to report domestic violence cases to the police to ensure perpetrators are punished to serve as a deterrent to others.

The Unit said it was only when the cases were reported and perpetrators punished that others would be afraid of committing such crimes.

Assistant Superintendent of Police (ASP) Mr Adongo Apiiya, the Upper West Regional DOVVSU Commander, made the appeal during an orientation programme for traditional rulers, opinion and religious leaders on domestic, sexual and gender-based violence in Wa.

“The cases are not being reported and we want to sensitise you to go back to the community and also sensitise your people to understand that domestic violence is a crime that is eating deep into the fabric of society, which cases must be reported to the police,” he told the stakeholders.

ASP Apiiya noted that punishing perpetrators of domestic violence, apart from serving as deterrent to others, also brought relief to victims.

On child marriage, the Commander noted that it was a big issue affecting girls’ education in the region.

“Child marriage is also a crime and we encourage the public to also report such cases to the police for the necessary action to save the victims,” he said, adding that it affected the health of victims, shuttered their dreams and contributed to vicious poverty in society.

Madam Charity Batuure, the Upper West Regional Director of the Department of Gender, said the orientation workshop was to equip the key stakeholders with knowledge to help fight against the rising cases of domestic, sexual and gender based violence, child marriage and teenage pregnancy in their respective communities.

“These issues have been with us but the emergence of the COVID-19 pandemic has come to increase the rate at which they occur due to the inability of families to adjust to the new family life created by the pandemic,” she said.

Madam Batuure said the workshop would also afford them the opportunity to develop community action plans to tackle the issues.

It is being funded by the United Nations Population Fund (UNFPA).