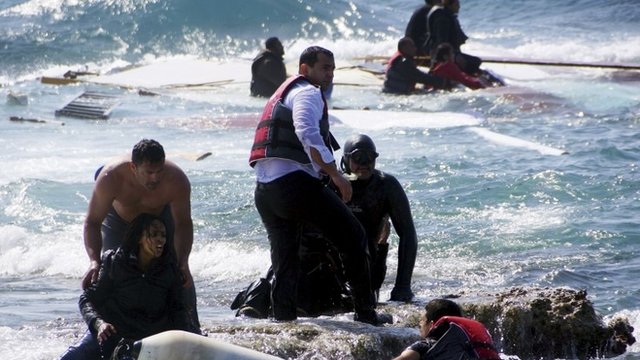 Libyan coast guards on Wednesday rescued 74 illegal immigrants, including women and children, on a rubber boat off the western shores of the country, according to a medical source.

“A patrol of the Libyan Coast Guards and the western Ports Security rescued 74 illegal immigrants, including 22 women and 4 children, who were on board a broken rubber boat off the coast of the western city of Zawiya,” Amir Jamal Al-Bishti of the international medical committee of EU told Xinhua.

Al-Bishti said that all the rescued migrants are of African nationalities, confirming that the migrants were taken to the capital Tripoli for medical assistance before taking them to a housing center.

Libya is a preferred point of departure for illegal immigrants who want to cross the Mediterranean towards European shores, due to the insecurity and chaos in the country since the fall of Muammar Gaddafi’s regime in 2011.

Smugglers send thousands of migrants in rickety boats towards Europe, many of whom drown on the way. Immigrants who are rescued at sea by Libyan navy are taken to reception centers with poor living conditions. Enditem