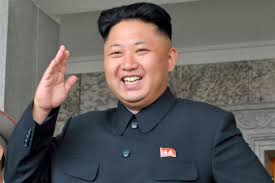 “We further assess that North Korea (DPRK) has been operating the reactor long enough so that it could begin to recover plutonium from the reactor’s spent fuel within a matter of weeks to months,” Clapper said in a statement to the Senate Armed Services Committee. He said Pyongyang announced in 2013 its intention to “refurbish and restart” its nuclear facilities, to include the uranium enrichment facility at Yongbyon and its graphite-moderated plutonium production reactor, which was shut down in 2007.

The U.S. has condemned the DPRK‘s “destabilizing and provocative” actions and vowed to “take all necessary steps to defend ourselves and our allies.”

The DPRK’s nuclear weapons and missile programs will “continue to pose a serious threat to U.S. interests and to the security environment in East Asia in 2016,” Clapper told lawmakers on Tuesday.

The DPRK’s export of ballistic missiles and associated materials to several countries, including Iran and Syria, and its assistance to Syria’s construction of a nuclear reactor, destroyed in 2007, illustrate its willingness to proliferate dangerous technologies, Clapper said.

“This launch, as well as any other DPRK launch that uses ballistic missile technology, even if characterized as a satellite launch or space launch vehicle, contributes to the DPRK’s development of nuclear weapon delivery systems,” said a press statement of the council.

White House confirms having reached out to DPRK