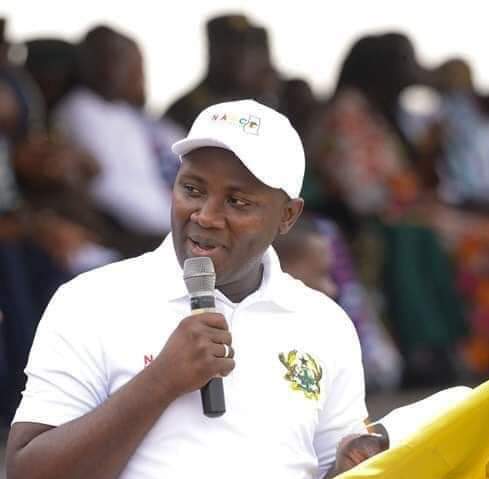 It is not surprising that Tamale Central Constituency Delegates of the ruling New Patriotic Party (NPP) on Saturday massively endorsed the candidature of the Chief Executive Officer of NABco, Dr. Ibrahim Anyars Imoro, as the party’s Parliamentary Candidate for next year’s 2020 General Elections.

By this overwhelming confirmation from the delegates, it is yet another comeback for Dr. Anyars having contested for the NPP in 2016 and lost.

To NPP Tamale Central delegates, the performance of Dr. Anyars was impressive in 2016 hence his secured comeback this time around.

In the 2016 elections, Dr. Anyars polled 25,230 of the votes as against his opposition NDC counterpart who is also the incumbent MP Alhaji Inusah Fuseini, who polled 39,545 votes.

It was generally held after the 2016 elections that the verdict was stolen by the NDC in Tamale Central. The party, therefore, went to Court to Challenge some of the votes from some of the Polling stations in the constituency. Alhaji Inusah Fuseini was Eventually sworn in as the MP of the area.

Prior to the Orphan Constituency Parliamentary Primaries of the NPP, all indications and the odds from the grounds were pointing to Dr. Anyars’ favour and he indeed won with an impressive margin of 539 votes against his closest contender, Abass Zakaria, who polled 172.

Dr. Anyars’ passion about employment, youth empowerment, economic empowerment, among others, including the message of hope was enough to sell his candidature to the NPP delegates.

The NABco initiative under his leadership has drastically served as a major intervention for graduate joblessness.

The program has made significant strides in the face of a few hurdles that hit the NABco.

Dr. Ibrahim Anyars is one of the appointees of this current government whose character and relationship with the masses has remained positive till date. Any person who has had the opportunity to meet and interact with him would attest that he is not only benign but also honest, dedicated, firm and fair. This is what leadership is about and Dr. Ibrahim Anyars has successfully lived to the true meaning of the concept of leadership.

In 1996 the late Mustapha Ali Idris was elected the NPP MP for the then Gukpegu/Sabonjida constituency after beating the late B.A. Fuseini who contested on the ticket of the NDC. In that election, Alhaji Mustapha Ali got 31, 964 votes to beat Alhaji B.A. Fuseini who got 24, 107. Mustapha Ali retained the seat again for the NPP in the 2000 elections by pulling 24, 819 votes to beat Dr. Nashiru ISSAHAKU of the NDC who got 22, 255. Dr. Nashiru became Governor of the Bank of Ghana under President John Mahama.

Adam Mohammed Amin Anta contested the Tamale Central seat in 2004, he polled 24,614 votes and Alhaji Alhassan Wayo Seini Who was the candidate of the NDC polled 35,635 votes to win the seat for the NDC

The NDC won the seat again in 2008. Adam Mohammed Amin Anta was the Candidate of the NPP once again and got 19,483 votes. Alhaji Inusah Fuseini won the seat for the NDC by obtaining 40,625 votes.

In the 2012 elections, Mr. Iddrisu Musah Superior Who is currently the Metropolitan Chief Executive for Tamale stood for the NPP and polled 23,761 votes. Alhaji Inusah Fuseini representing the NDC won with 39,545 of the votes.