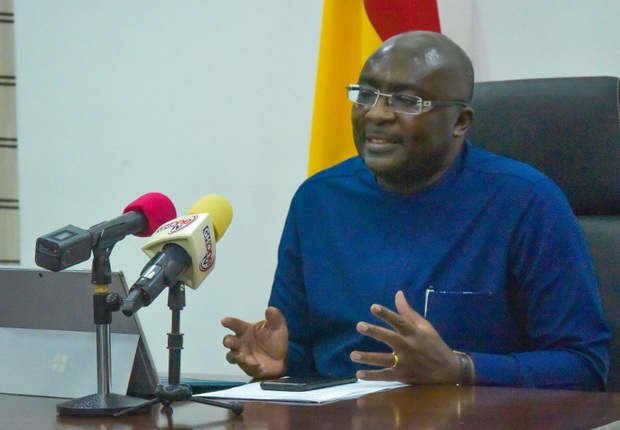 Madam Ama Busia, a founding member of the New Patriotic Party (NPP), says Vice President Mahamudu Bawumia’s competence and exceptional performance in complementing President Akufo-Addo has made those who doubted his abilities initially to eat the humble pie.

In a media interview, Madam Busia said a critical assessment of how Dr Bawumia had handled his portfolio showed an excellent performance hence it would be prudent for the NPP to select him as its presidential candidate for the 2024 Election.

“Dr Bawumia is more than qualified to lead the NPP in 2024. The young man is a gem” she added.

The astute politician believed that the Vice President had been formidable in the Party and government and kept playing a crucial role in addressing the needs of Ghanaians.

Madam Busia, a sister of Ghana’s former Prime Minister, Kofi Abrefa Busia, said Dr Bawumia had complemented President Akufo-Addo so well and could take the baton from him, after the expiration of the President’s tenure in 2024.

Among his achievements were the stabilisation of the dwindling fortunes of the cedi against the major trading currencies, and reduction in the inflation rate from 15.4 per cent in 2016 to a single digit before the emergence of the COVID-19 pandemic during the first term in office.

The country’s annual growth rate of 3.6 per cent improved to an average of seven per cent while the average 1.6 per cent of annual GDP per capita growth increased to 4.7 per cent under his leadership.

Also, the country’s 1.1 per cent average annual growth rate of exports increased to 14.9 per cent.

The annual manufacturing value-added growth rates of 2.1 per cent increased to an average of 6.7 per cent thereby creating fiscal space to implement various social interventions during the COVID-19 pandemic.

Dr Bawumia championed the Government’s digitisation agenda, leading to the digitisation of the various public institutions to enhance revenue mobilisation, and spearheaded the rolling-out of the National Property and Digital Addressing System with over four million houses having their property addresses.

He was instrumental in implementing the Triangular Mobile Money Interoperability Payment System at a reduced cost of 4.5 million dollars, instead of 1.2 billion dollars the previous government announced as the cost for implementation.

Ghanaians can now transfer money from their bank accounts to the mobile money wallets seamlessly and vice versa and also transfer across all mobile money operators without any difficulty to ensure a cash-lite society and financial inclusion.

Dr Bawumia is also supported plans to digitise the land administration system to curb multiple sale of land and its associated protracted litigations.

He led a delegation in 2017 to China to negotiate for a two-billion dollar Bauxite-Barter Arrangement under the Sinohydro Master Project Support for the country’s infrastructural development.

Being a devoted Muslim and concerned with the welfare of Zongo Communities, he took special interest in securing scholarships for 40 Zongo students comprising 20 females and 20 males to study medicine in Cuba.