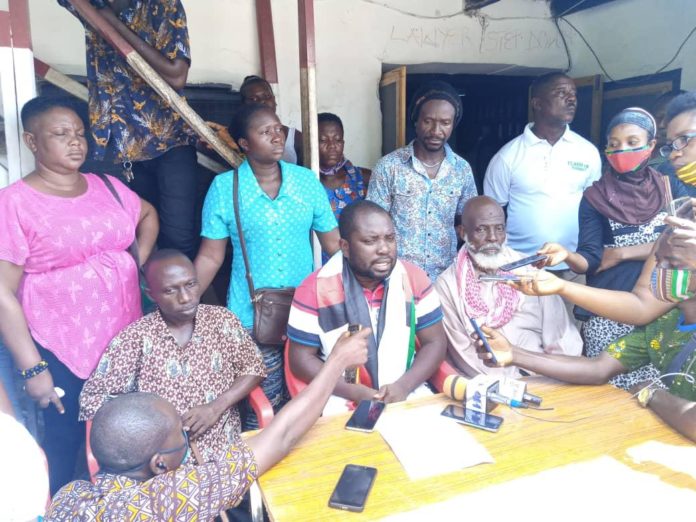 Executives of the Effutu Constituency of the National Democratic Congress (NDC) has affirmed that Dr. James Kofi Annan remained the endorsed Parliamentary Candidate and no amount of accusations could affect his position.

“We assure all members, faithful and sympathizers of the Party that we are poised towards winning the election ahead of us for the development of Ghana and Effutu Constituency with the former President, John Dramani Mahama, the current Flagbearer and Dr. James Kofi Annan leading the process.

Mr. Abraham Henry Arthur, the Constituency Secretary at a Press briefing on Friday debunked news circulating that Dr. Annan’s candidature as the Parliamentary Candidate was null and void because it had no constitutional basis.

The Press briefing organized by the Executives of Effutu NDC, which was addressed by Mr Arthur stated that some news items both in the print and electronic media, purported that some members of the Party have been suspended unconstitutionally was also not true.

He said under no circumstances would the Party commit such blunders and urged the public to ignore the vexatious story and treat it with all the contempt it deserves.

The Constituency Secretary said the people involved in the accusations were known “rented followers” of their opponent who were doing a lot of disservice to the image of the NDC, its teeming sympathizers, and the general public.

Explaining the circumstances that led to the suspension of the disgruntled members, he explained that after the Parliamentary Primaries in 2019, they failed to use Party structures to address their grievances and demonstrated amidst casting of insinuations.

The issue was referred to the Central Regional Disciplinary Committee of the Party.

Another member, Mr. Alexander Dadzie (Neenyi Akramah) was also suspended on Thursday, March 19, for misconducting himself and the matter had also since been referred to the Regional Executives.

He further explained that, the suspended members flouted Article 45 of the Party’s constitution and have been acting against the dictum of the laid down procedures, and doing things in the Party’s name after their suspension.

To aggravate their case, on Thursday April 23, these aggrieved members attempted to disrupt a press conference being organized by the Constituency Executives at the Party Office.

The Executives and some Party faithful came out only for the aforementioned members to engage them in a scuffle and in the ensuing encounter, some people were alleged to have been manhandled.

Mr Arthur said, the wake-up call for the Constituency was that any such acts of indiscipline and lawlessness will not be tolerated henceforth, by the Party.