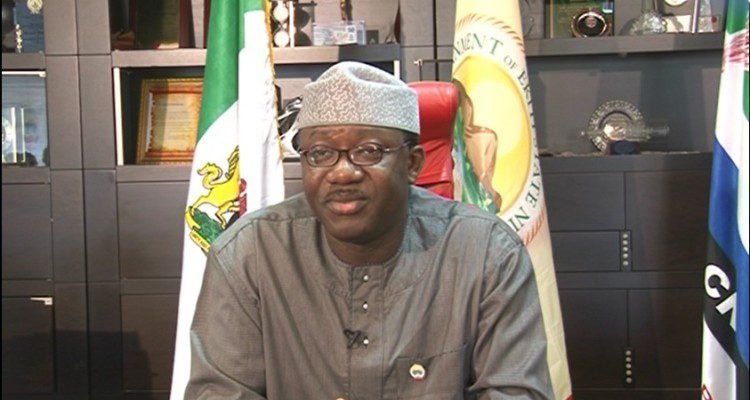 Maxwell Adegbenro made this allegations on his Facebook page at about 11:30 am on Saturday.

He berated the Obas, including the Ewi of Ado-Ekiti, Oba Rufus Adejugbe of travelling to Ile-Ife to meet with President Goodluck Jonathan, saying; ?The Ekiti Obas can receive the President in their home state and not OAU at a function organised by a group in close association with PDP.?

Adegbenro, who is? Dr Fayemi?s spokesperson on social media must have echoed the position of the former governor on the traditional rulers? visit to Ile-Ife on Friday to attend the event.

He said; ?And our own traditional rulers in their borrowed robe suddenly filled Gov Fayose escort to endorse Jonathan and not to receive him.

?Was Jonathan coming to Ekiti?

?How may Ondo State Traditional rulers graced the programme?

?How many Osun State Obas, Ogun and Oyo suddenly became President Jonthan convoy team to a meeting supposedly organised to rally support for him?

?You and I know why these Obas were there. They may have been lucksturally deceived by Fayose in presenting entire Ekiti before President Jonathan as peoples choice and candidate.

?Traditional rulers are separable of despotic politics. An interplay that has no moral, cultural ground is justifiably an ills to our values and norms. Egbon, that is my point. Where then is their integrity.

Reacting, Special Assistant to Ekiti State Governor on Public Communications and New Media, Lere Olayinka described the comment as an insult on the entire people of Ekiti.

Olayinka, who demanded an immediate retraction of the statement and apology by the All Progressives Congress (APC) in the state, said Governor Fayose will not stand and watch anyone dragging the traditional institution in Ekiti State in the mud.