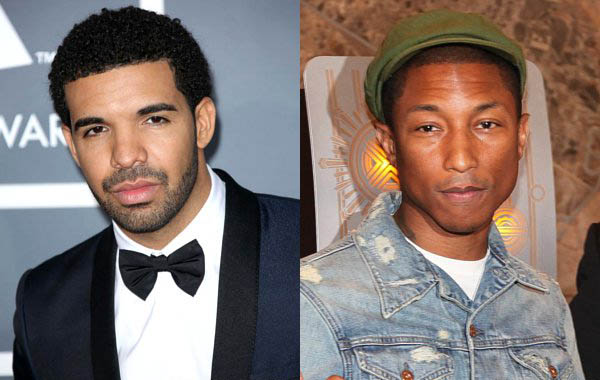 Drake and Pharrell Williams are indeed involved in Apple?s revamped music service, which is set to be unveiled during Apple?s 2015 Worldwide Developers Conference next week. Following recent speculations, Billboard can confirm that the two stars will be a part of the music service, although more details including what role they will play are still kept under wraps.

The New York Post suggested a few days ago that Drake, Pharrell and David Guetta would lead a group of celebrity ?guest DJs? for the revamped iTunes Radio. They also said that Drizzy would be paid $19 million for the deal.

While the ?guest DJs? claim has yet to be confirmed, report about Apple offering the Canadian rapper $19 million has been shot down. A knowledgeable source told Billboard, ?Apple doesn?t normally pay artists for those types of collaborations.?

Billboard additionally reported that Drake was among those approached to partner with Jay-Z?s Tidal. He, however, dropped out just days before the streaming service was launched at a star-studded event in New York last March.