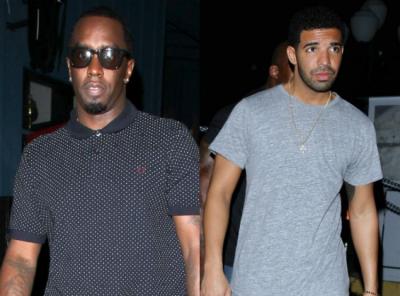 According to New York daily news, Diddy was supposedly sticking up for his 28-year-old girlfriend around 4 a.m. at the LIV nightclub. Drake ended up in the hospital with a dislocated shoulder.According to their source;

“Drake definitely got the (expletive) kicked out of him, I heard they were taking him to the hospital.”
The rappers were there to celebrate DJ Khaled’s birthday. While most people hinted Diddy?s girlfriend Cassie had something to do with the fight, others believed Diddy started his attack on Drake due to rights over a song. Either way,  they say Drake didn?t stay for long after the fight, while Diddy seemed unfazed and continued to party into the night.