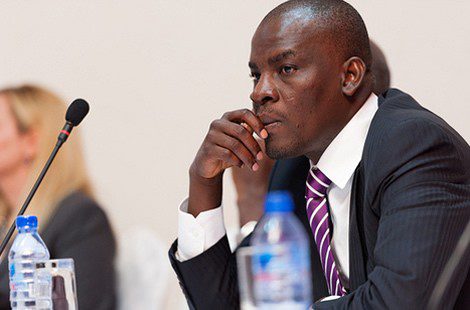 Government plans to invest up to GH¢10million to train young walkabouts in dressmaking, masonry and carpentry.

The Youth Employment Agency (YEA) in partnership with a financially-motivated NVTI will train a “large army and a large pool of JSS and SHS graduates.”

The unemployment situation in Ghana is a “crisis”, the Minister pointed out, a crisis made even more difficult to tackle because of the lack of credible data on the situation.

But government’s plan to pay for the training of unemployed teens and young adults has come under attack from policy think-tank IMANI.

President of the group, Franklin Cudjoe prefers to see government leave job-creation to the private sector.

“Let us not even entertain the thought of government employment schemes,” he said explaining it very easily degenerates into corruption.

The anti-welfare policy activist explained that the problem of unemployment in Ghana is because of the failure of governments to get the best out of the first, second cycle and tertiary education institutions.

“When you decide to upgrade polytechnics into technical universities, when you decide that you will change SHS to four-years and back to three-years…that to me is the heart of the matter”.

Franklin Cudjoe hinted that government is considering pushing SHS study duration back to four years introduced by the erstwhile NPP government. The NDC government vigorously campaigned to slash it to 3-years if it won power in 2008 and did exactly that after winning the election.

According to Franklin, government has now seen the “folly” of the change.

The President of IMANI also stated that government’s plan to convert polytechnics to technical universities is premised on a wrong motive.

According to him, the conversion is mainly to put polytechnic lecturers at par with university lecturers in terms of salaries.

He said the agenda of polytechnics which is to train and hone technical skills has been undermined over the years partly because of disjointed government policies.

“We don’t value those who go to technical institutions,” he complained.

He said the unemployment situation created by weak educational system, therefore, cannot be solved by another programme like the Youth Employment Agency.

To the staunch liberal, it will be “very easy” for the YEA to fail, too, like its predecessor, GYEEDA.