Mohammed Alabbar, chairman of Emaar Properties and renowned architect Santagio Calatrava, said the new sky-scrapper, The Tower, is poised to be higher than the world’s tallest tower, the 828-meter tall Burj Khalifa in Dubai, and is estimated to cost one billion U.S. dollars.

Alabbar said the tower will be “a notch higher than the Burj Khalifa, and will be completed before the World Expo 2020.

He also said that the exact height of the skyscraper will not be exposed until its completion.

Dubai is the first Arab city ever to hold the World Expo event.

“We wanted to create another landmark for our city as Downtown Dubai around the Burj Khalifa became a busy hotspot, a global landmark, and when we think 10 to 20 years ahead then we clearly need new landmarks in our city,” said Alabbar.

The Tower will be located at the Dubai Creek Harbor on a plot of six square km “and it will offer a perfect view on the Burj Khalifa across creek waters, so we really created a viewpoint similar to a top view in Paris on the Eiffel Tower,” said Alabbar.

Designed by Spanish-Swiss architect Santiago Calatrava, the building will harbor 20 to 80 usable floors whereas the architecture is a geometrical design which will harbor trees and greenery inside.

Calatrava said designing the tower is “a unique challenge in the history of architecture and we are proud that The Tower will also reflect the history of the Arab world and of the sheikhdom of Dubai.” Enditem 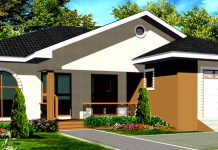 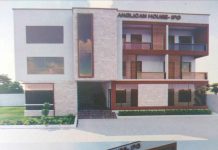