The recent erratic power supply that occurred nationwide was as a result of the absence of strategies to deal with the effects of the shutdown of the Atuabo Gas Processing Plant by the Ghana National Gas Company, Edward Bawa, Member of Parliament for Bongo and a former consultant to the Power Ministry, has said.

On Monday, 27 February, the Ministry of Energy in a press statement said maintenance work to allow for the connection and commissioning of the gas supply systems from the TEN fields to the Atuabo processing plant had been successfully completed, hence an end to the power outages, which have come to be known as ‘dumsor’.

The statement explained that completion of the works, originally slated from 3 to 20 February, 2017, had to be extended to 26 February, 2017 due to some operational difficulties experienced by Tullow Oil, the operators of the TEN fields.

“Following the joint press release by VRA, Gridco, and ECG on January 23, 2017 in connection with the planned shutdown by the Ghana National Gas Company (GNGC) for maintenance and also to allow for the connection and commissioning of the gas supply systems from the TEN fields to the Atuabo processing plant, we wish to advise that the work has been successfully completed and it is our expectation that power supply will return to normal by February 27, 2017,” the statement signed by the Communications Officer of the Ministry, King A Wellington, said.

Government said its first major objective upon assumption of office was to “stop a looming ‘dumsor’ resulting from these operational challenges”.

Speaking in an interview with Chief Jerry Forson, host of Ghana Yensom, on Accra100.5FM on Tuesday, 28 February, Mr Bawa said: “It is good if the minister has said capacity is available, but there are some technical challenges. The technical challenge is as a result of lack of planning because the energy sector agencies should have spoken to each other and rescheduled their operations to ensure that the effects [of the planned maintenance] would have been minimised.” 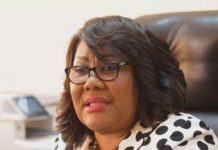