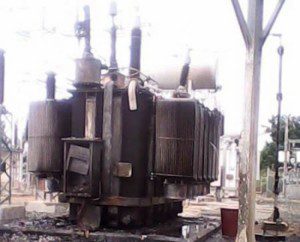 The government has voiced out that, current energy crisis is crippling efforts to create a manufacturing-based economy to reduce the country?s increased appetite for imports. It is evident that, current load-shedding exercise as a result of shortfalls in power generation from its power producers has cause the economy of the country severely in the past two years.

The Deputy Minister of Trade in charge of Industry, Mr Kweku Rickets Hagan, has explained that although plans to achieve a manufacturing-based economy and ultimately industrialisation had begun, the power challenge was inhibiting the move.

One of the issues we need to look at is how to address the power situation once and for all,? he said in an interview after a South Africa-Ghana Trade and Investment Seminar in Accra.

A manufacturing-based economy is expected to add value to the country?s commodities locally before they are exported.

?We cannot continue exporting things in their raw state; we need to start adding value to be able to drive better prices. By adding value, we can also lengthen the shelve life of commodities because we see cocoa getting rotten and by transforming it into paste or powder, we can get more value and strengthen their shelve life,? he said.

In trying to address the unstable power situation in the country, Dr. Mohammed Amin Adam of the African Centre for Energy Policy (ACEP) has caution government to communicate to investors in the power sector in a way that will attract rather than scare them away independent power producers to help bridge the gap of the large deficit in supply.

His comments follow a position taken by the Power Minister, Dr Kwabena Donkor that government wills no longer in a blanket manner honor requests by IPPs for all manner of guarantees before they agree to invest.

?The fact that IPPs are still asking for guarantees in spite of the power sector reforms is a demonstration that the reforms have not been successful, because the reforms were supposed to ensure that a wholesale market was developed where people can trade for power,? Dr Amin had said.

?But up till now that market has not been developed; ECG remains the largest buyer of power, and ECG is also faced with balance sheet challenges. Therefore, there is no IPP that will come and will not ask for guarantee, only to come and invest, sell the power and will not get the money back.?

Most IPPs wanting to invest in the power sector have asked for one form of guarantee or the other, mainly due to the fear that the ECG, which already owes the VRA and other IPPs large sums of monies, may not be able to pay them.
Government has been wheezing under the weight of requests by IPPs for a Consent and Support Agreement meant to insulate them from the inability of the power off-taker-the ECG-to pay for it when they generate.

The deputy minister of trade further noted that government was taking stepd to solve the crisis, citing various investments that were going into the sector.

In the short to medium term, he said, the country would focus on thermal power generation to augment the shortfalls in hydro generation.

?In the medium to long term, we are focusing on thermal power generation. We have also invested in generating our own gas, because relying on the West Africa Gas Pipeline from Nigeria has its own problem. Once we solve the trickling problems, we would have our own gas. We are also saving US$500 million, which was used to import crude, and we can use this money to do something else,? he said.

The Ghana South Africa Business Chamber was inaugurated in 2008 to facilitate trade between the two countries.
Bilateral trade between South Africa and Ghana has experienced an upward trend between 2010 and 2014, growing from R2.6 billion to R10.8 billion. South Africa?s export to Ghana also grew by 22 per cent in 2014, propelling Ghana to one of the top 10 export markets for the South Africa on the African continent.

The Deputy Minister of Trade and Industry of South Africa, Mr Mzwandile Masina, led a delegation of 30 business people on an outward selling and investment mission (OSIM) to the country.

The mission, he said, was to help increase trade and investment, and deepen bilateral relations between South Africa and Ghana. It also focused on the agriculture and agro-processing, building environment professionals, infrastructure, furniture, wood processing energy and mining sectors.

Mr Masina said, ?The mission will serve as an ideal opportunity for South African companies to export value-added products and services to Ghana and Nigeria, and for penetration of companies that are looking for investment opportunities in these African countries.?

According to him, the mission would also provide a platform for South African companies to promote their products and services into the African market.

?The mission presents the Department of Trade and Industry with an opportunity to continue to pursue economic collaboration and partnerships with African countries. This will help in sustainable economic development and the development of investment in the African continent,? he said.