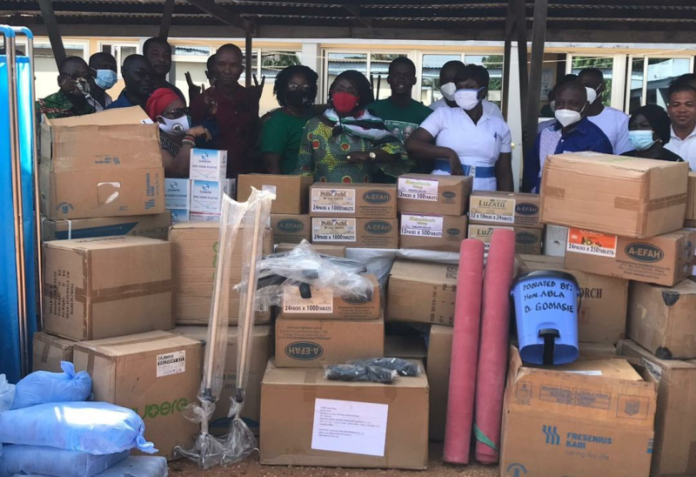 Madam Gomashie during the presentation said the donation formed part of her resolve to impact lives of residents in Ketu South in areas such as health.

The former Deputy Minister had in the past presented brand new beds, drugs and consumables to the hospital and other health centres in the Municipality.

She called on the hospital to use the items for the purposes for which she donated them appealing, no client should be made to pay especially for the drugs she presented.

Madam Gomashie asked for the prayers of the hospital administration so that the pocket from which she got money to procure the medical supplies would never run dry so she could continue to support the hospital in her small way to benefit the people of Ketu South and beyond.

Madam Ruth Aduku, Acting Nurse Manager, Ketu South Municipal Hospital who received the donation, thanked Madam Gomashie for her continuous support to the hospital assuring that the items would be used for the intended purposes to benefit the underprivileged.

She asked for God’s blessings for the PC so she could always come to aid of the hospital for the good of all.