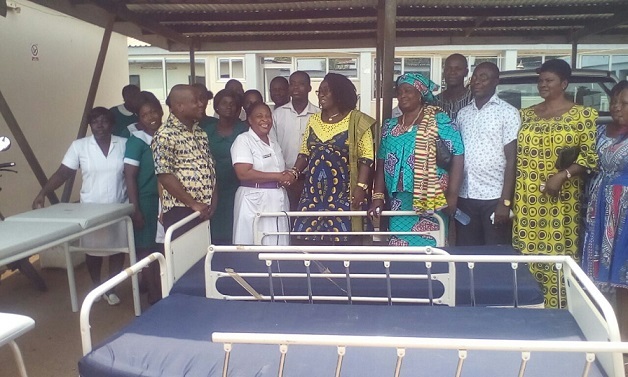 Ms Abla Dzifa Gomashie, a former Deputy Minister of Tourism, Cultural and Creative Art, has presented four beds to the management of the Ketu-South Municipal Hospital to improve health care delivery in the municipality. 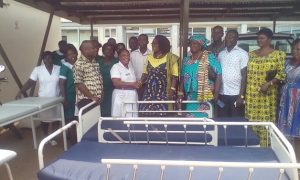 The beds were donated to the Hospital through collaboration between the Podiatry Department of Camdem Hospital in New South Wales, Australia Capital Territory, the Ghana Australia Association and Values for Life, an NGO.

Ms Gomashie, who is also a Queen mother with the title Maama Dzramedo I of Aflao in charge of protocol at the Aflao Traditional Area, said the donation was to augment the few beds at the Hospital.

She expressed concern about the health care delivery and other developmental projects in the municipality.

She, therefore, called on citizens of Aflao both home and abroad, to support the Municipality by contributing generously to the development of the Hospital and other infrastructural sectors.

The former Minister, who is also the Founder of ‘Values For Life’ said the Hospital currently needed a modern children’s ward.

“We can all contribute to support the efforts of the state,” she said.

Dr Kukli Gavua, Doctor in Charge, expressed gratitude to the donors for their support in providing quality health care to the community.

He recounted how sometimes they (staff) have to contribute from their individual resources to support the Hospital.

Dr Gavua also appealed to the former Minister to solicit for other partners to help expand the Hospital’s Labour ward and provide the Neonatal Intensive Care Unit with some new equipment to boost healthcare delivery in the Municipality.