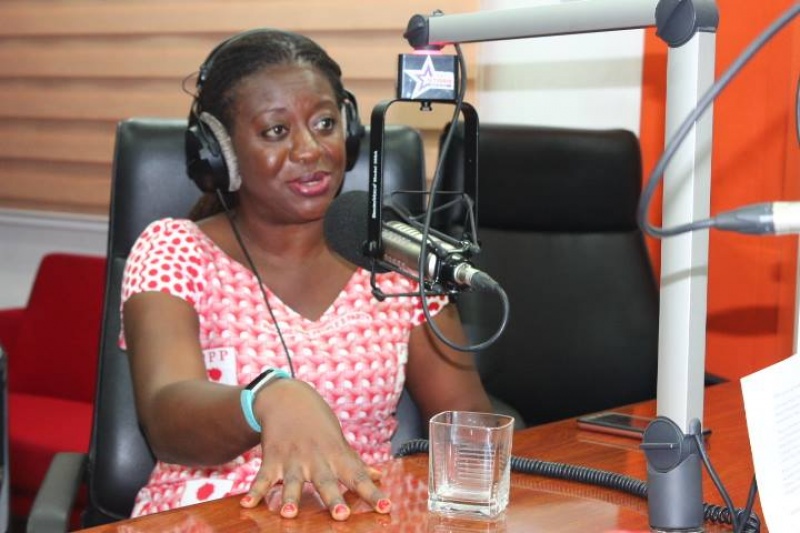 The vice presidential candidate of the Progressive People’s Party (PPP), Brigitte Dzogbenuku, has revealed that she voted for the National Democratic Congress (NDC) in the 2012 elections.

“I voted for the NDC in 2012,” she said on Wednesday in an interview on personality profile show, Starr Chat on Starr 103.5 FM.

She, however, explained that in the 2008 elections, she voted for the Convention People’s Party (CPP) when her presidential candidate, Dr. Papa Kwesi Nduom was the presidential nominee of the that party.

But, she did not vote for Dr. Nduom four years later following his defection from the CPP to form the PPP to contest the 2012 polls because the PPP was a newly formed party.

“I had voted for the CPP, when he [Dr. Nduom] was with the CPP at the time …and I was sourly disappointed not in the party but in the response of Ghanaians,” she told Bola Ray, host of Starr Chatt.

“So, I have voted for Dr. Papa Kwesi Nduom before,” she added. She described Dr. Nduom’s defection from the CPP as disappointing but has always been an advocate of a third force political party.

So, she was quite happy when the PPP came up, she said.

In her acceptance speech during her unveiling, she said she was absolutely fit for the job. “I’m a Ghanaian and I think I’m the best person to hold this position.”

But, in a separate interview with Joy FM on Friday August 5 2016, she stated that she feared being the best vice president Ghana would never had.

Abe was an international statesman – Mahama