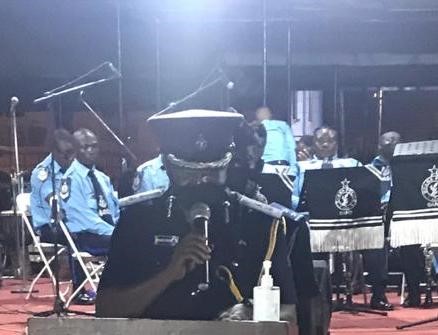 The Ghana Police Service, Eastern Regional Command, has organized a Peace Concert in Koforidua to sensitise the public on the need to stay away from violence to ensure peace before, during and after the December 7 elections.


The Concert aimed at bringing supporters of the various political parties and the public to appreciate unity in diversity and to conduct their campaign activities devoid of violence in the build-up to the general elections.

He observed that elections, in recent times, were characterized by violence, therefore, the need to have a platform to engage all stakeholders, particularly the electorates and the youth to embrace peace.

DCOP Akrofi-Oyirifi indicated that, as part of preparations to ensure peaceful elections, police personnel had undergone tactical and professional training to enhance their capacity in dealing with challenges at the polling stations.

He said the police would not shield anyone and that all cases of electoral violence would be investigated properly and thoroughly to avoid undue delay in prosecution, which inflamed passion.

Mr Isaac Appau-Gyasi, the New Juaben South Municipal Chief Executive, commended the police for putting up the peace concert, noting it was one of the surest ways to create a common platform for the youth to interact among themselves.

The peace concert was patronised by a cross-section of the people in Koforidua, including representatives of the various political parties, whiles the police band entertained them with patriotic and highlife songs.