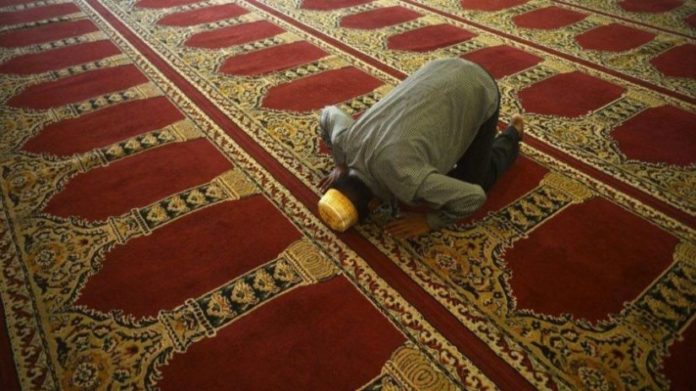 Mr Suleiman Nii Okai Aryee, Greater Accra Regional Chairman of the Ghana Muslim Mission, has stated that easing the restrictions and limiting the number to 100 for religious bodies would not help.

In an interview with the Ghana News Agency on Tuesday in Accra, he maintained that despite that, the Mission had already put out some action plan ahead of the opening of mosques on Friday, June 5, as directed by the President.

He said the Mission would hold an emergency meeting on Wednesday, June 3, to consider the COVID-19 action plan for the region.

“Some of the actions we plan to undertake to include disinfecting the main hall, the classrooms and offices as well as the mosque, after which there would be a clean-up at the mission.

Mr Aryee said the mosque would also be marked for a physical distance of two meters apart as well as the Main Hall, and all existing ‘buuta’ or kettle for ablution will be discarded and new ones purchased, adding that all members would be encouraged to bring their mats and “buuta” or kettle for ablution.

He said no face mask no entry policy would be strictly implemented, with Veronica Buckets placed at vantage points.

He added that Jummah Prayers would be conducted in sessions of two or three, depending on the numbers, saying they have also made arrangements for a medical doctor to come and educate members on the COVID-19.

He, however, noted that the Mission activities would start in July In Shaa Allah, and no branch would be allowed to operate until after they have also implemented all the measures above.

“Apart from branch Mass meetings and council meeting all other Religious and social events will be suspended until further notice.”

On the issue of forming a COVID-19 task force, he noted that the mission already had a volunteer medical team so they would be engaged as well as invite the Islamic Medical Association at Korle Bu to join.

He encouraged all members and Muslims, in general, to adhere to all the directives given by the President, saying even though the restrictions have been eased the virus still exists and they must be very cautious.

President Nana Addo Dankwa Akufo-Addo during his 10th COVID-19 National Address on Sunday outlined an abridged format for religious services to commence from June 5 amid the Coronavirus pandemic as part of Ghana’s quest of easing the restrictions on social gatherings and safety protocols.

He said the decision to gradually ease the COVID-19 restrictions was reached by consensus, which emerged from consultations with various stakeholders who advised that “the country should embark on a strategic, controlled, progressive, safe easing of restrictions to get our lives and economy back to normal”.

The directives require that religious leaders ensured a mandatory one-metre rule of social distancing between congregants. Also, it is mandatory for the wearing of masks for all persons at all times in churches and mosques.

Each religious facility is also mandated to keep a register of names and contact details of all worshippers, fixed handwashing facilities, and make provision for sanitizers, and each service is to last a maximum of one hour.