Kenya, Uganda and Rwanda are in the final stages of deciding on a consultant to oversee building a pipeline to pump the region’s new oil bonanza to the coast for export, a senior Kenyan energy ministry officials said on Thursday. 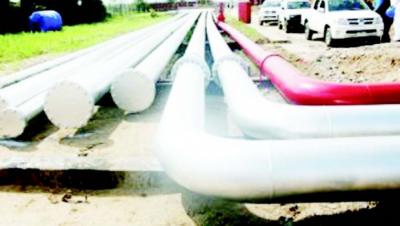 In June, the three countries invited bids for a consultant to oversee a feasibility study and initial design for the construction of a 1,300-km (808-mile) oil pipeline to transport crude to the Kenyan coast.

“We are in the final stage of negotiating with the consultant who will do a feasibility study and the front end engineering design for a crude oil pipeline which should run from Hoima to coastal region of this country,” Joseph Njoroge, principal secretary at the Ministry Energy and Petroleum told an east African oil and gas conference.

“Very soon, early next month,” Martin Heya, commissioner of petroleum at the same ministry said of the award timing.

Njoroge said the consultant would be required finish the study within five months of the award.

In addition to the pipeline, the consultant would be required to supervise the construction of a fibre optic cable from Hoima in Uganda through the Lokichar basin in northwest Kenya to Lamu, and tank terminals in Hoima, Lokichar and Lamu.

The project will also involve the construction of a 9-km pipeline from the Lamu tank terminal to an offshore mooring buoys.

Kenya’s energy ministry said earlier this year the aim of having a single consultant for the whole project was to ensure consistency in the quality of the whole pipeline.

East Africa has become potentially lucrative for international oil firms after Kenya and Uganda’s commercial oil finds and discoveries of gas off the coast of Tanzania and Mozambique.

Tullow Oil and Africa Oil, which control blocks in Kenya, have estimated discoveries in the South Lokichar basin at 600 million barrels, a level experts say is enough to make a pipeline viable even without Uganda.

In neighbouring Uganda, the government estimates its crude reserves at 3.5 billion barrels.