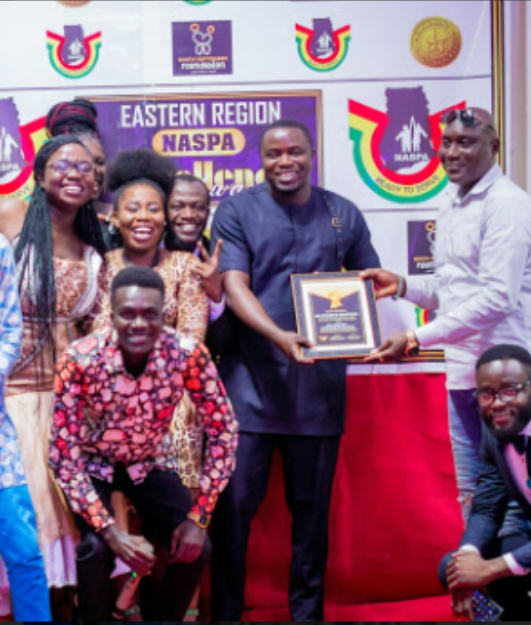 Mr. Benjamin Oduro Asante the Eastern Regional Director for the National Service has admonished the just-ended service personnel in the country to be of good behaviour in their second places of work.

He said, most of them sometimes forget their good lifestyle adopted during their service period and practise the vices at their next work places which end up ruining their future.

“When you show comportment and hardworking habit at your next work places the employers can recommend you for a permanent stay ” he cautioned.

Mr Oduro said this during a Dinner and Awards night event organised by the Eastern Region National Service Personnel Association (NaSPA) in Koforidua to mark the end of year 2019/2020 service.
The event brought together district executives in the region.

The awardees and the district executives were given citation of honour and certificates of honour respectively.

Mr. Andrew Akuffo, the Eastern Regional President for NaSPA in an interview with the Ghana News Agency said, his tenure of office saw the improvement in unity among his district executives who also worked hand in hand to make the end of year service successful.