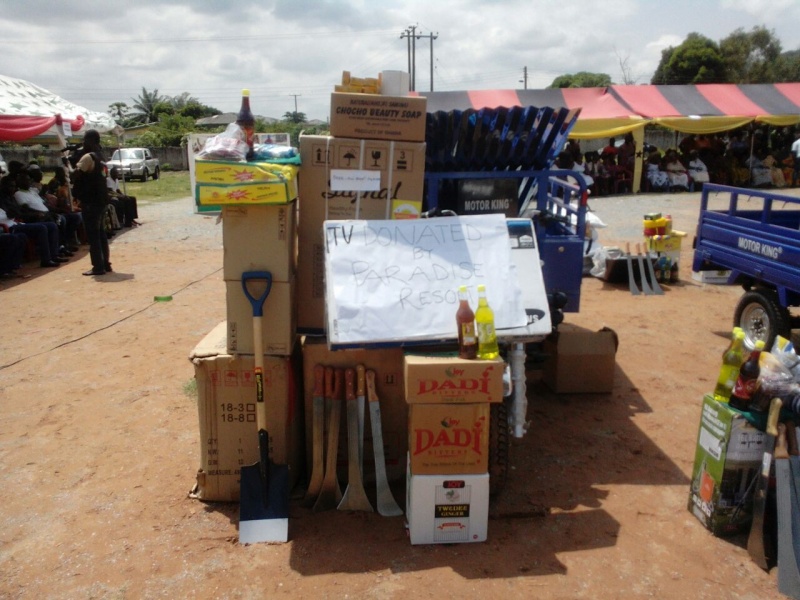 Farmers in the Eastern region selected for recognition as part of this year’s National Farmers Day celebration, were awarded with ‘Joy Daddy’ bitters, cutlasses, spraying machines among other items.

The ‘Joy Daddy’ bitters, ‘Joy twede3 bitters’ and Joy lime (all alcoholic drinks) were presented to the best farmers in various categories at the ceremony held at Krobo-Odumase in the Eastern region.

According to the organizers, Joy Industries is a major sponsor therefore likewise other products from other sponsors the alcoholic beverage must be added to the package.

This year marks the 32nd farmer’s day celebration which is being held under the theme ‘Agriculture: A Business Response to Economic Growth’. 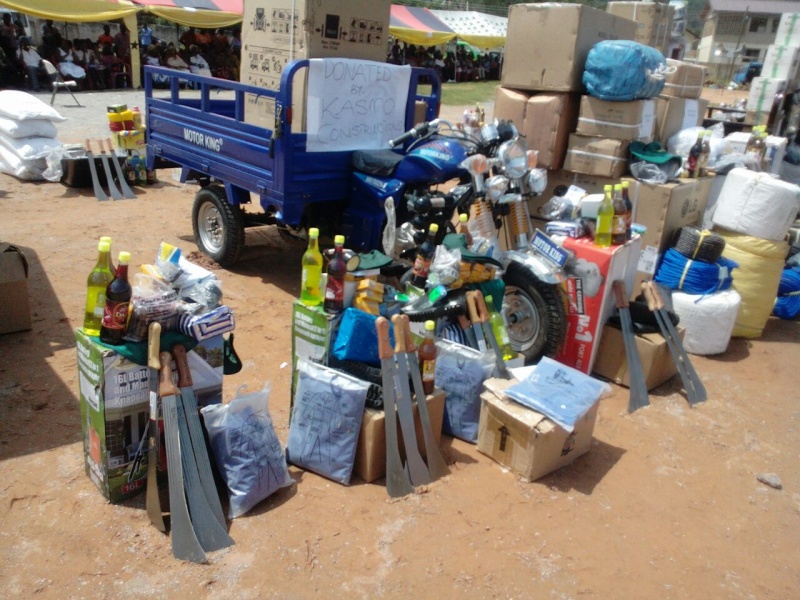 Speaking at the Launch in Accra last week the Deputy Chief of Staff at the Flagstaff House, Mr Johnny Osei-Kofi, disclosed that government was providing a framework and institutional basis for a long-term engagement and supplementary financing for scaling up investment in a private sector-led pro-poor agricultural value chain development.

Mr Osei-Kofi underscored the importance of Agriculture to the economic development of the country, with the Agricultural sector currently employing about 44.7 per cent of the total workforce in both the formal and informal sectors of the economy— according to the Ghana Living Standards Survey six, 2014,

In his remarks, the Minister for Food and Agriculture, Mr Alhaji Mohammed-Muniru Limuna, noted that agricultural investment was one of the most important and effective strategies for economic growth and poverty reduction in the rural areas where the majority of the world’s poor lived.

Mr Limuna said economic transformation through increased agricultural production required a sustainable increase in the level of investment in Agriculture.