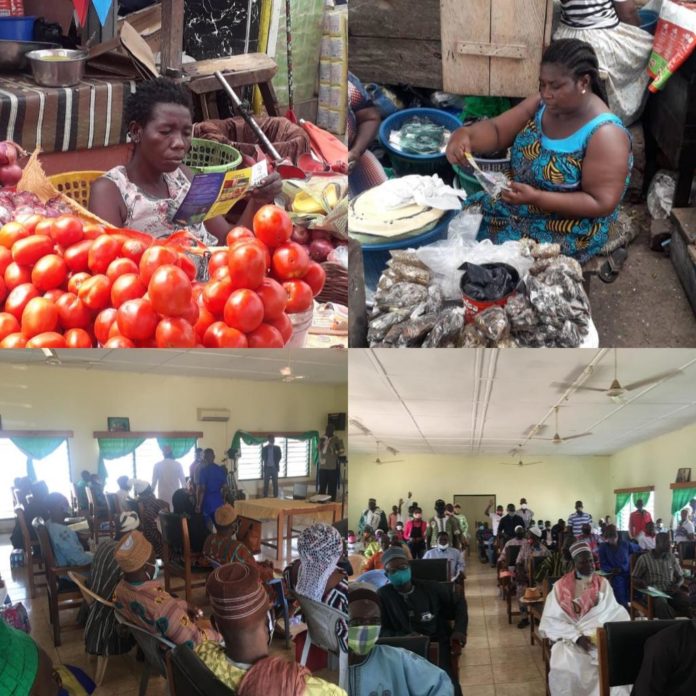 The Food and Drugs Authority (FDA), Koforidua office says it is going to intensify public education within Koforidua and its environs to educate traders and consumers on food safety and good hygienic practices.

Officials from the Eastern Regional office of the FDA visited Koforidua main market and other markets within its environs to interact with consumers and sellers who were buying and selling.

A statement from the FDA, copied to the Ghana News Agency said the officials advised them to desist from buying products that were bloated, expired, dented and sold at unhygienic environments.

Mr Samuel Kwakye, the Eastern Regional Head of the FDA, according to the statement said the region was intensifying its public education ahead of the Christmas season because most people sold unregistered and expired products usually around such periods and called on consumers to be vigilant when they visited the market to purchase products.

He said the Authority would organise public education in markets across the region to ensure that majority of the population were reached to help maintain food safety.

Mr George Ampofo Ayeh, the Public Relation Officer (PRO) of the Eastern Region office, expressed optimism that the education would enable the public to buy responsibly whenever they visited the market.

Many people, he said, went to the market to buy without looking out for expiry date and registration details of the products, which led to consumption of expired and unapproved products that posed health risks to them.

Mr Ayeh, the statement said, appealed to wholesalers and retailers to desist from selling products that were expired to the public as the sale of unwholesome products was illegal.

The PRO said the Authority was embarking on post market surveillance to flush out products that were not registered with the Authority.

He advised producers/ manufacturers of FDA regulated products to contact the Authority and register to ensure safety and avoid sanctions.

FDA to Set Up Tracing System for Palm Oil Adulteration