A seven member Eastern Regional Mental Health Sub-committee under the chairmanship of Mr Isaac Sarfo Acheampong, a clinical psychologist, had been inaugurated at Koforidua. 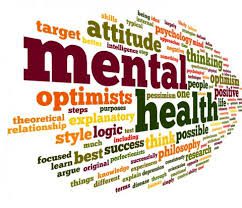 The Committee is the first to be established in the country, under the Mental Health Act and it is to coordinate all mental health activities in the Region, both in public and private mental health facilities, and in the communities in general, to ensure the respect for the rights of persons with mental health challenges.

Delivering the inaugural address, the Deputy Eastern Regional Minister, Ms Mavis Ama Frimpong, called on the committee to bring on board all stakeholders in mental health care including faith based organisations, traditionalists, traditional authorities and the communities to support their activities.

She explained that issues that lead to mental illness were many, complicated and sometimes went beyond health care, saying care and support from the family and the community was very important in dealing with mental health care.

Swearing in the members of the committee, Professor Joseph Bediako Asare, Chairman of the Mental Health Authority, charged the committee to help reduce stigmatization to mental illness, demystify the art of psychiatric practice to a level that would be understood by the majority of people through advocacy and awareness creation.

He said the inauguration of the committee was the first step towards decentralization of mental health services in the country, and urged the members to make psychiatric practice acceptable, friendly, accessible and sensitive to the needs of society.

Professor Asare explained that the selection of Eastern Region for the first Regional committee to be inaugurated was based on the recognition of the pioneering role the Region played in initiating a programme to rehabilitate vagrants and uniting them with their families.

The acting Chief Executive Officer of the Mental Health Authority (MHA), Dr Akwasi Osei, said within the next three months, the other regional committees would be established for them to support the MHA to establish all the district mental health committees and ensure decentralization of mental health care in the country.

He called on the new committee to ensure the success of the Restoring Dignity project, which aimed at removing all mental ill patients from the streets in the region.

He explained that separation of mental health care from the mainstream of health care promotes segregation and stigmatization.