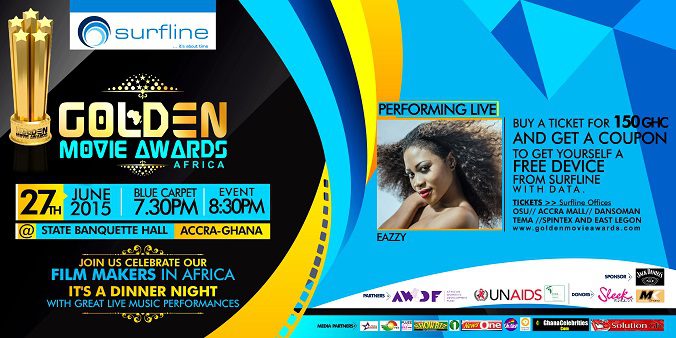 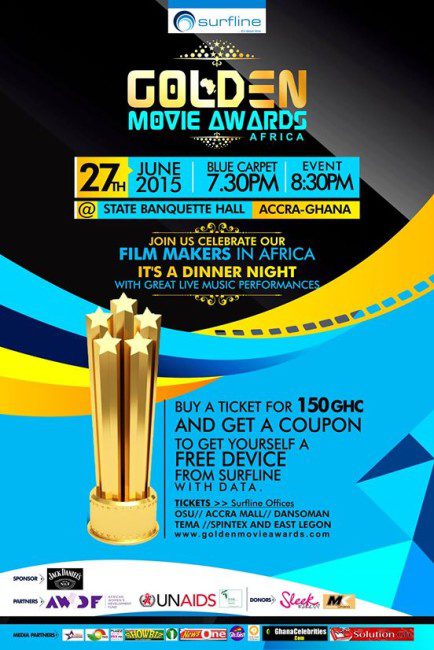 Its official- Ghanaian rapper Eazzy? is performing at the maiden edition of Golden Movie Awards Africa 2015.

Mildred Ashong known by her stage name as Eazzy has been confirmed as one of the performers who are set to lighten up the stage on? 27th June at the maiden edition of Golden Movie Awards Africa scheduled to take place at the State Banquet Hall.

Popularly known for songs like ?Scream?, ?Ginger? and ?Wengeze?, Eazzy’s name has remained on the lips of many who have had the opportunity to see her perform live on stage, captivating her audience with her style of rap and energetic dance moves.

According to the organizers of the event, industry players will be rewarded for their hard work, dedication and contribution to the Movie industry in Africa.

In attendance will be an array of top notch personalities from the movie industry in Africa as well as other dignitaries and industry players.