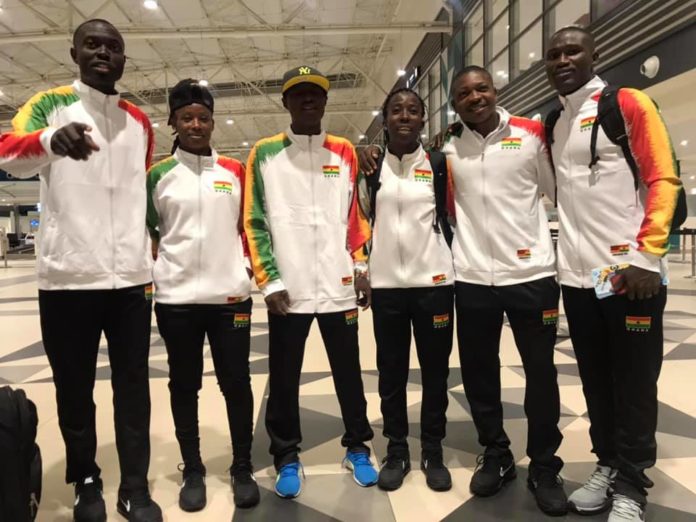 Ghanaian Table Tennis coach Eben Anang – Whyte made another history this year by producing all the players in the National team that went to the 12th African Games in Morocco.

Speaking to Yours Truly in an exclusive interview, he said Team Ghana in Table Tennis did quite well as the competition was tough and every country brought their best players.

“We placed 5th and I can boldly say we did very well. We beat some countries and we were also beaten by the best players. We were not disgraced at all. The African Games is a good experience for our players and we thank all who supported us especially the Ghana Table Tennis Federation (GTTF), the Ghana Olympic Committee (GOC) and the National Sports Authority (NSA) as well as our sponsors, Stanbic Bank, especially” he said.

He stressed “Am still the best in Ghana Table Tennis. Don’t you think I should be rewarded for this?”

Eben Nana Whyte who loves wearing white attire always has been honoured once by the Sports Writers Association of Ghana (SWAG) and believed he deserves another award as he has improved.

He noted that Ghana has talents in sports and if they are groom and nuctured well they can become continental and world stars.

He is the Eastern Reginal Table Tennis coach and he has already groomed the national under 18 and under 16 champions.

African Games Stadium will be ready by February 2023